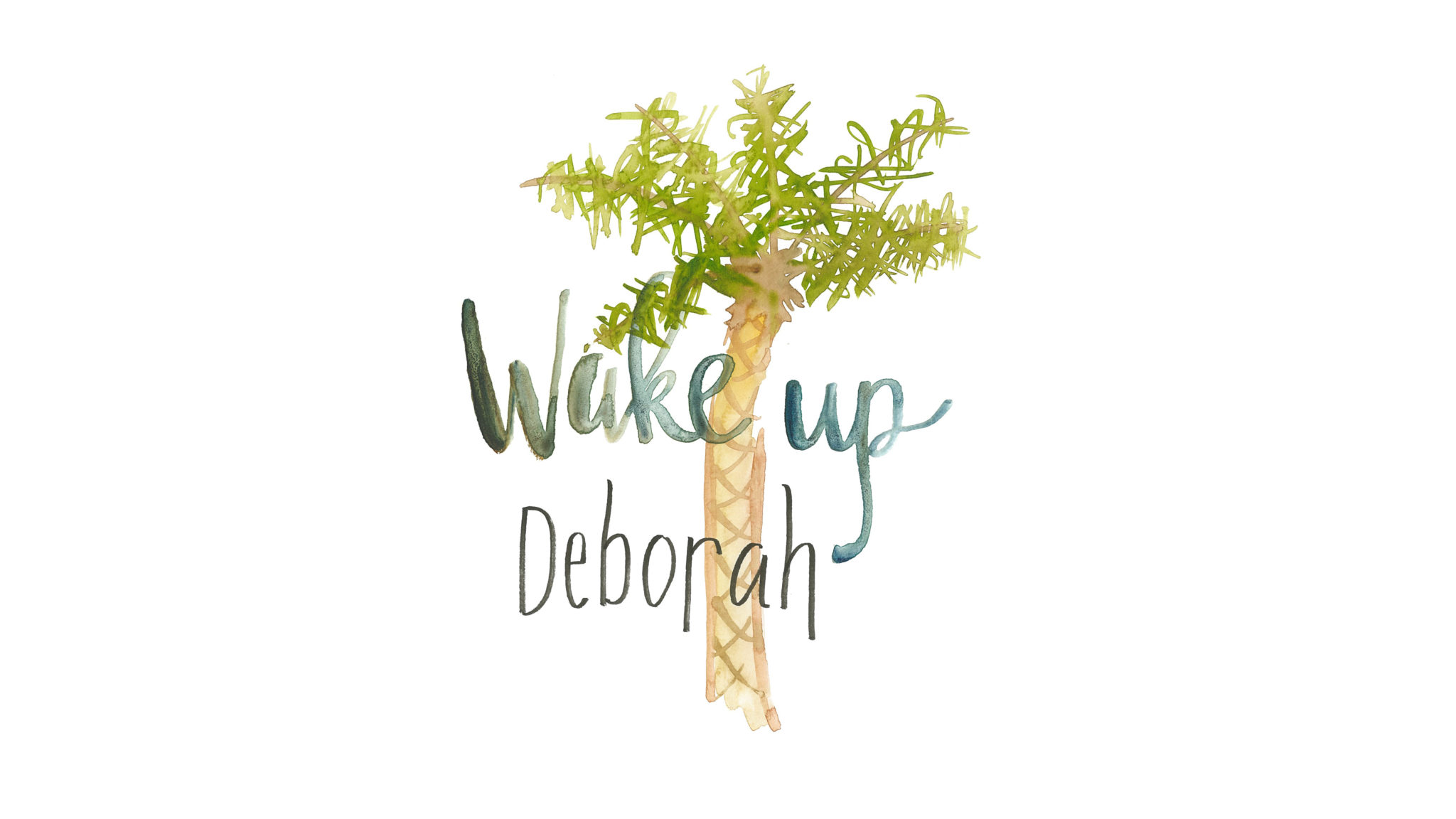 The story of Deborah in the Bible shows us that the Lord calls ordinary people to do extraordinary things that can only be accomplished through the Spirit. This Bible study of Judges 4 and 5 explores what we can learn from Deborah about calling and the power of the Holy Spirit.

I thank you, Lord, that you love to do extraordinary things through ordinary people like me. Release me from any limitations I, others, or the enemy have put on my life that have kept me from the great plans you have for me, so that I might wake up and arise to shine the glory of the Lord! Amen.

“In the days of Shamgar son of Anath, in the days of Jael, the highways were abandoned; travelers took to winding paths. Villagers in Israel would not fight; they held back until I, Deborah, arose, until I arose, a mother in Israel. … ‘Wake up, wake up, Deborah! Wake up, wake up, break out in song! Arise, Barak! Take captive your captives, son of Abinoam.’”

Introduction to Deborah in the Bible

The story of Deborah in Judges 4 and 5 begins like many of the stories in the Book of Judges—the Israelites sinned against the Lord, and he sold them out to King Jabin of Canaan. This went on for 20 years until the Israelites cried out to the Lord for help. At that time, Deborah was leading Israel as a judge. She sent for Barak, a commander in Israel’s army, and told him to go and fight Jabin’s army led by Sisera.

Barak said he would only go if Deborah went with him. Deborah agreed but told Barak the honor will not go to him, because the Lord will deliver Sisera into the hands of a woman. When Barak’s army advances, the Lord routs Sisera’s army, and Sisera flees on foot. Sisera goes to the tent of Jael, the wife of Heber, because there was an alliance between King Jabin and Heber’s family.

Jael invited Sisera in and served him refreshments. Sisera was so exhausted, he fell asleep. Jael took a hammer and pounded a tent peg into Sisera’s temple, killing him. The Israelites fought against King Jabin until they destroyed him. Deborah and Barak sang a song of praise, and Israel had peace for 40 years.

Deborah was a busy woman. Judges 4:5 says, “She held court under the Palm of Deborah between Ramah and Bethel in the hill country of Ephraim, and the Israelites went up to her to have their disputes decided.” Deborah was a woman of great wisdom, revelation, and discernment. She also had a prophetic gift, including knowing the times and seasons of the Lord. She clearly heard the voice of the Lord.

Yet Judges 5:12 says, “Wake up, wake up, Deborah! Wake up, wake up, break out in song! Arise, Barak! Take captive your captives, son of Abinoam.” Deborah and Barak needed to “wake up and arise” to a new revelation and dimension of their callings. The Lord was telling them to be alert and pay attention, as he was about to move in an extraordinary way.

Judges 5:7 says, “Villagers in Israel would not fight; they held back until I, Deborah, arose, until I arose, a mother in Israel.” Of all the things Deborah could have legitimately called herself—judge, prophetess, deliverer, intercessor, worshiper—she chose to call herself a mother. She was first and foremost a mother. This much seems clear. But it is unclear who her children were: she was a mother “in Israel,” but also a mother “over Israel” (it can be translated both ways). She saw all of Israel as her children and longed for all of her children (literal and figurative) to experience peace and security.

Notice the verse says no one in Israel would fight until Deborah “arose.” The Israelites were beaten down by 20 years of slavery. They were too tired and discouraged to fight. They needed someone to inspire them, and the Lord chose Deborah. If she had not been obedient to act on what the Lord told her to do, nothing would have changed. She used the place of trust and authority she had been given as a judge to inspire Barak to raise up an army.

Barak was told to “arise and take captive your captives” (5:12). He was reluctant to go to war without Deborah, but in the end, he was obedient to raise up an army and go where Deborah commanded him. This step of obedience was also necessary to fulfill the plans of the Lord.

Deborah’s story would not be complete without acknowledging Jael, another woman who stepped up to literally stake her claim in history. Jael was in the right place at the right time and did what she knew she had to do. Deborah called Jael “most blessed of tent-dwelling women” (5:24). Jael was a homemaker who was invaluable to winning the war.

One of the most fun and exciting opportunities I have received in my life began because I was a mother. Twelve years ago, I was invited to join a group of women who were coming together for a radio station to fill each week with 24/7 women radio hosts. I was invited as a financial advisor, and since many of the show topics revolved around being a mother, my tagline became “The Financial Mom.” I did a weekly radio show for five years, and I learned to talk for about fifty minutes of my hour time slot every week.

The Lord never wastes an experience, and I now realize this was the very beginning of my preaching training. My financial advice always came from a biblical perspective, and by the end of those five years, I knew I was preaching to an audience of thousands every week. Ultimately, this experience helped give me the courage to step out and start my own business. Looking back at my life so far, I see the Lord’s hand in so many of my experiences, preparing me for what I am today: a co-vocational business owner and pastor of a church plant.

Let me encourage you. So often we are afraid to step out of our comfort zones and become everything the Lord has called us to be. It’s a blessing the Lord doesn’t give us the whole plan for our lives in advance, because most of us would answer with a resounding “No!” Don’t let the enemy get in your head and tell you God will never use you to do great things. Don’t let your fear of what others may think get in the way of being obedient to God and used to do extraordinary things.

The Lord prepared Deborah in the secret place of her worship, which helped her grow in confidence in hearing God’s voice. Her intentional connection to God through worship gave her confidence as she discerned the time to go to war. The Lord will do the same with us. As we go deeper in relationship with God, God will guide us to clarity around our call for this season of kingdom work. God can use many ways to confirm it to us over and over. As Christ followers, we are embarking on an exciting journey of serving the Lord here on earth.

Women and men of God, it’s time for you to be bold and courageous and do the unique and amazing things God is calling you to do. Wherever the Lord has placed you, will you accept the challenge to be a light in the darkness for the Kingdom of God? Will you encourage others to do it, too? Wake up and rise to shine the glory of God everywhere you go! You carry the hope this world needs—the hope of Jesus Christ—and it’s time to stop hiding and playing small. A dying, hopeless world is waiting for you to be obedient. Believe and trust God has the very best plan for you, and follow him to where he is working today.

(For a deeper dive into the life of Deborah, read The Deborah Anointing by Michelle McClain-Walters.)

Pastor Pam Otten is the pastor of Renew Church, a mobile church plant serving in low income housing in Sheboygan, Wisconsin. Pam’s personal calling is to set people free from whatever holds them back from living an abundant life in Christ, through prophecy and healing prayer. She is a member of the Women’s Transformation and Leadership Guiding Coalition.