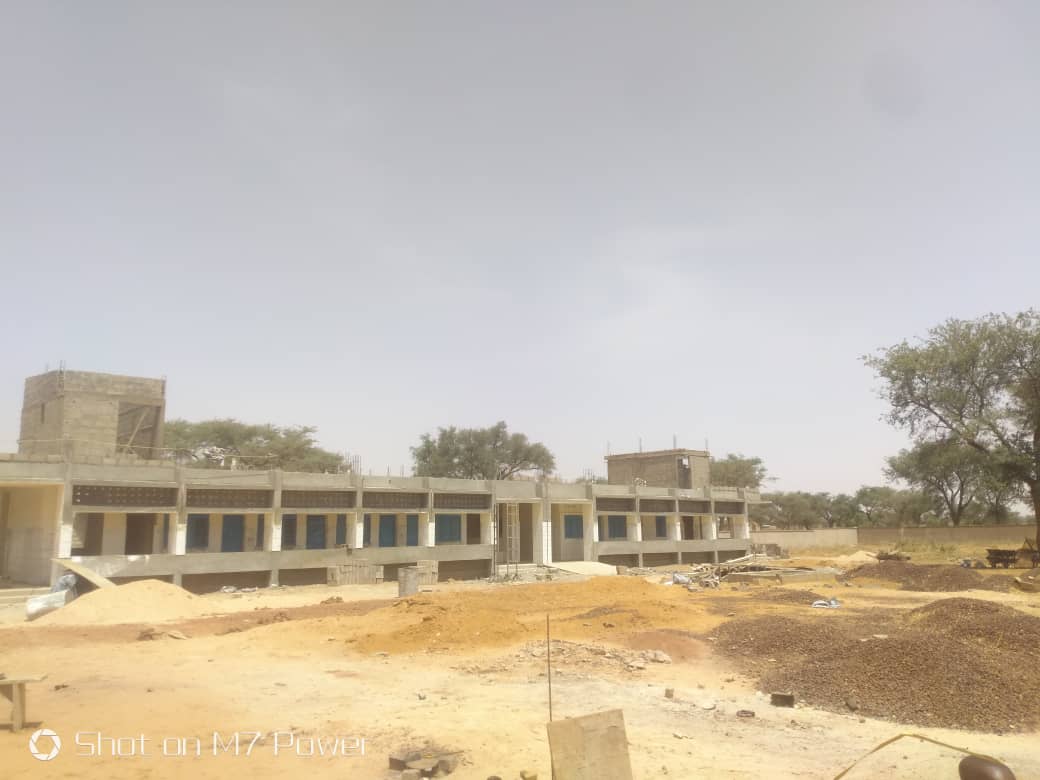 By Samantha BouwersFebruary 22, 2021No Comments

Dogon Doutchi is home to a geological feature at one time worshiped by local people. Although the introduction of Islam changed the religious makeup of the area, a spiritual connection to the rock remains.

Reformed Church in America (RCA) missionaries Jeremy and Susan Beebout and their Nigerien mission partners hope to point people not back to the tall rock, but to the True Rock. Early this year, they will open a new medical clinic to serve the people of Dogon Doutchi.

The new clinic is named Rock of Salvation. “We have an opportunity to build a foundation on something truly solid,” says Jeremy.

For more than ten years, the Beebouts have served in Niger through RCA Global Mission, working in close partnership with CADR, the development office of the Evangelical Church of the Republic of Niger. The first clinic they opened with CADR, called Clinique Olivia, has ministered to the region surrounding the capital, Niamey. The team at Clinique Olivia has a reputation for quality medical care beyond what the public clinics provide. Now, the Beebouts and their local partners will continue that service in an area of the country that desperately needs it.

“We have a willingness to leave the capital,” says Susan. “That means a lot to the people of Niger.”

Dogon Doutchi is home to about one million people, yet its public clinic employs just two doctors. When the Rock of Salvation Clinic opens, they will more than double the number of doctors in the area. The clinic will house three doctors, as well as nurses, laboratory facilities, and other capabilities not currently offered by the state.

“When we asked them what the biggest need was, they said ‘beds to care for sick kids,’” Susan says. Niger has a very high birth rate, but Dogon Doutchi has no ultrasound facilities. During malaria season, up to 100 children might need hospital care, but the existing clinic only has room for 15.

Niger’s population is more than 99 percent Muslim, yet people of all faiths trust and respect the holistic ministry of the Evangelical Church of the Republic of Niger’s health clinics.

Dr. Chako Cherif, the supervisor at Clinique Olivia, sees how people are open to hearing the gospel. “We see low-hanging fruit to evangelize,” he says.

Recently, Susan witnessed this firsthand. A Muslim woman came to the clinic with badly wounded feet. She said a spiritual attack had caused her to run across rocks barefoot, resulting in many injuries. Susan shared her faith with the woman and invited her to come to a local prayer group. The women of the church were able to pray with her and share a Christian approach to fighting spiritual warfare.

Indeed, very little about the Rock of Salvation Clinic has happened overnight. The Beebouts have been praying about and planning for opening the Rock of Salvation Clinic for more than four years. They were able to use an abandoned mission compound, but have had to do much retrofitting so it functions as a clinic. This included digging down through two meters (6.5 feet) of sand to shore up foundations.

“The Bible story of the foolish and wise builders comes to mind,” Jeremy says. “Sometimes we’ve felt like a little of each, but we know God will turn this clinic into a wise project with kingdom purposes.”

Like many things in 2020, the coronavirus has complicated opening the clinic. COVID-19 case counts have been low in Niger, but the government used international aid money to hire medical personnel. This is a good thing for Nigeriens, but it did take away from the pool of qualified candidates to staff the Rock of Salvation Clinic.

For now, the Beebouts say a prayer of thanksgiving for a slower pace of life. Soon, additional doctors and nurses will finish school, and they will begin hiring.

“The first and highest support is prayer,” says Dr. Cherif. “We have a great opportunity for people to meet Jesus as their savior and Lord.”

The clinic is scheduled to open early this year, with plans to gradually expand and add additional services such as pediatric hospitalization, radiology, and physical therapy.

Samantha Bouwers is a freelance writer in Coralville, Iowa.