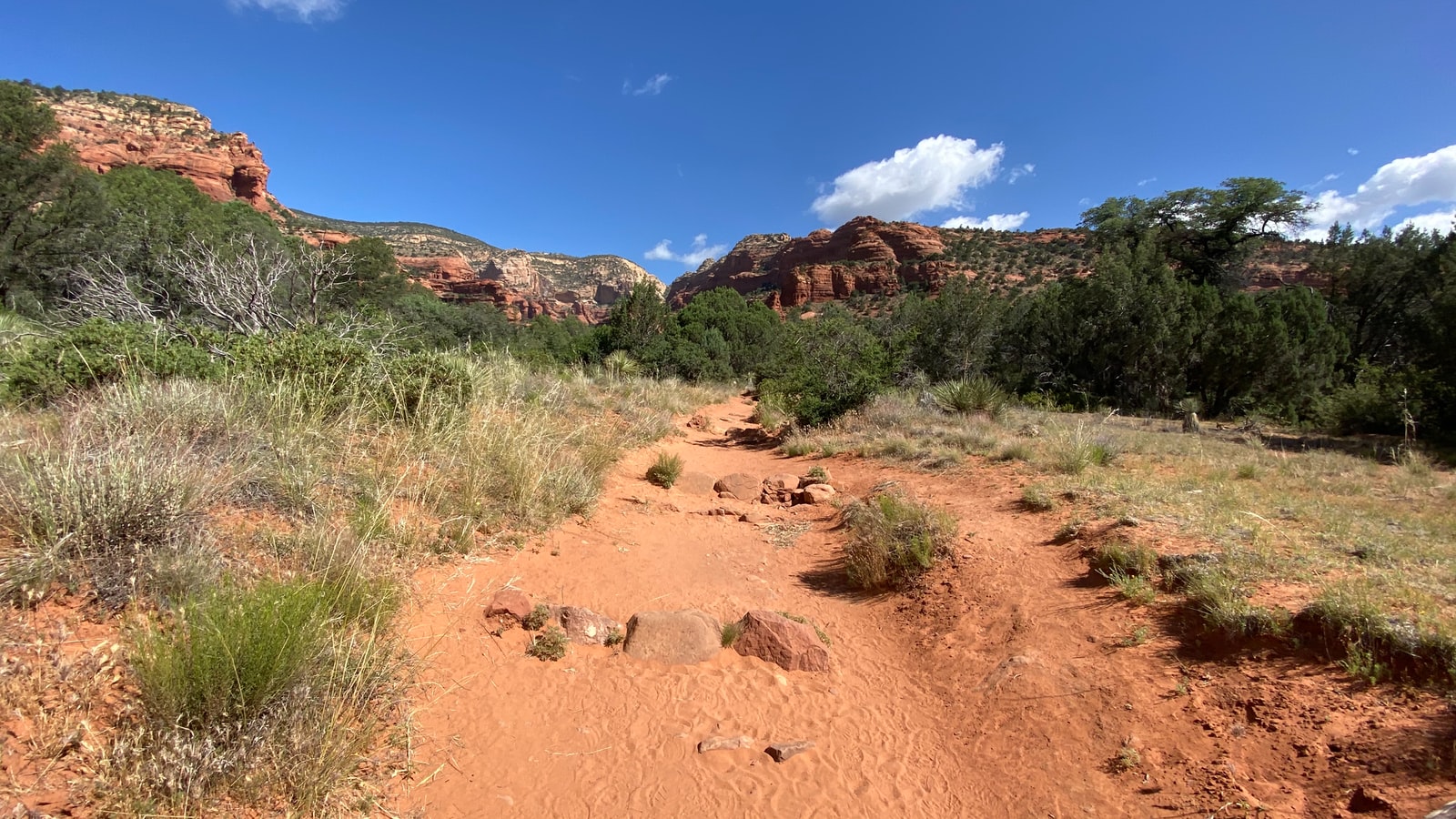 Week 3 of the equity-based hospitality study

W hat does it mean to provide all people with barrier-free access to God and others? Often, when we think of providing barrier-free access to all, it’s based on those like us, those we are the most familiar with. We may think of the barriers that we have experienced. Yet outside of us is a whole world with different abilities, backgrounds, ages, experiences, education, and more. We might not notice all these barriers if they don’t impact us personally.

Breaking barriers in the Bible

Let’s take a look at a story in Matthew 3:1-3 that illustrates one way barriers can be removed:

In those days John the Baptist came to the Judean wilderness and began preaching. His message was, “Repent of your sins and turn to God, for the Kingdom of Heaven is near.” The prophet Isaiah was speaking about John when he said,

“He is a voice shouting in the wilderness,

‘Prepare the way for the Lord’s coming!

Clear the road for him!’”

John the Baptist, Jesus’s cousin, was anointed to be the voice in the wilderness, the messenger crying out to prepare the way of the Lord, as was prophesied in Malachi 3:1-4:

See, I am sending my messenger to prepare the way before me, and the Lord whom you seek will suddenly come to his temple. The messenger of the covenant in whom you delight—indeed, he is coming, says the Lord of hosts. But who can endure the day of his coming, and who can stand when he appears?

For he is like a refiner’s fire and like fullers’ soap; he will sit as a refiner and purifier of silver, and he will purify the descendants of Levi and refine them like gold and silver, until they present offerings to the Lord in righteousness. Then the offering of Judah and Jerusalem will be pleasing to the Lord as in the days of old and as in former years.

Jesus sets an example of having a trusted messenger remove barriers. John the Baptist’s ministry cleared the road for Jesus! John went about the countryside proclaiming that the Messiah was coming—opening doors and removing barriers for Jesus.

Because of John the Baptist, some people were already on the lookout for the Messiah and open to hearing Jesus’s message. Still, this didn’t mean it was easy for Jesus. Jesus was ridiculed, mocked, challenged, and eventually put to death because he was not what the religious leaders of the day expected in a Messiah.

Who has believed our message? To whom has the Lord revealed his powerful arm?

My servant grew up in the Lord’s presence like a tender green shoot, like a root in dry ground.

There was nothing beautiful or majestic about his appearance, nothing to attract us to him.

He was despised and rejected— a man of sorrows, acquainted with deepest grief. We turned our backs on him and looked the other way. He was despised, and we did not care. –Isaiah 53:1-3

Jesus himself knew the pain of a barrier keeping people from God. He set an example for us and removed all barriers so that everyone could come to God. The temple veil was torn upon his death on the cross, symbolizing that there should no longer be a barrier between God and God’s people (Matthew 27:51; Mark 15:38; Luke 23:45).

Throughout the Scriptures, we read of the obstacles that people put in front of Jesus so others would keep from following him. In turn, Jesus set out to remove all obstacles so all people to come to him.

Luke 8:40-55 offers a powerful example of how Jesus removed barriers in his earthly ministry:

On the other side of the lake the crowds welcomed Jesus, because they had been waiting for him. Then a man named Jairus, a leader of the local synagogue, came and fell at Jesus’ feet, pleading with him to come home with him. His only daughter, who was about twelve years old, was dying.

As Jesus went with him, he was surrounded by the crowds. A woman in the crowd had suffered for twelve years with constant bleeding, and she could find no cure. Coming up behind Jesus, she touched the fringe of his robe. Immediately, the bleeding stopped.

“Who touched me?” Jesus asked.

Everyone denied it, and Peter said, “Master, this whole crowd is pressing up against you.”

But Jesus said, “Someone deliberately touched me, for I felt healing power go out from me.” When the woman realized that she could not stay hidden, she began to tremble and fell to her knees in front of him. The whole crowd heard her explain why she had touched him and that she had been immediately healed. “Daughter,” he said to her, “your faith has made you well. Go in peace.”

While he was still speaking to her, a messenger arrived from the home of Jairus, the leader of the synagogue. He told him, “Your daughter is dead. There’s no use troubling the Teacher now.”

But when Jesus heard what had happened, he said to Jairus, “Don’t be afraid. Just have faith, and she will be healed.”

When they arrived at the house, Jesus wouldn’t let anyone go in with him except Peter, John, James, and the little girl’s father and mother. The house was filled with people weeping and wailing, but he said, “Stop the weeping! She isn’t dead; she’s only asleep.”

But the crowd laughed at him because they all knew she had died. Then Jesus took her by the hand and said in a loud voice, “My child, get up!” And at that moment her life returned, and she immediately stood up! Then Jesus told them to give her something to eat.

Here we have two stories of outsiders who were given access to Jesus Christ. Jesus took the time to meet them (daughter, your faith has made you well), comfort them (don’t be afraid, Jairus), and break down barriers that stood in their way. It was their faith, not their ability, social standing, or any success on their part that made them well. It was simply access to Jesus. This is a free gift we have with our God. Nothing can stand in the way of this gift.

Romans 6:23 tells us that the free gift of God is eternal life through Jesus Christ our Lord.

Now we get the opportunity to do the same for others. How can we make sure that all people have access to God, access to use their gifts and talents, and access to God’s community?

This requires us to look outside our own abilities and comfort and to consider the needs of those around us.

It can be difficult to know the needs of others if we are only around people like us. Jesus called all sorts of people to him. So let’s ask, “Who can we invite to join us? Who can we join?” Jesus was intentional of going to the woman at the well, walking to the leader of the Samaritans, and turning to see who had touched him.

Where in our lives can we be intentional about breaking down barriers? Can we go to people’s homes, invite them to our homes, and open our churches with full access to all who come?

Take some time and consider who is in your community who might not have access to everything. Here are a few ideas for inclusivity.

For a free, comprehensive guide to church accessibility and inclusive ministry with people who have disabilities, check out Everybody Belongs, Serving Together.

Do you have anyone in your community who has low vision or is blind? Consider how you can make materials like church bulletins available in a format that they can access. For example, you could print the bulletin in braille for someone who is fully blind. People who have low vision may benefit from large print options.

Learn more about church accessibility for people who are blind or have low vision.

Are there people who need assistance to hear in your community? Explore assisted listening devices. Do your drums need a box around them in order to help prevent conflict with hearing aids or people with sensitive hearing? Loud, deep sounds can literally hurt when heard.

Learn more about communicating well with people who are Deaf or hard of hearing.

Language differences can be a significant barrier as well. Are there people in your community who speak a language other than your church’s primary language? For example, if some people in your midst speak Spanish as their primary language, consider enlisting a Spanish translator. (Don’t rely on Google Translate for an accurate translation. It can get things wrong!)

Can you offer a dual-language service? Elders might speak Spanish in some churches while the younger people primarily speak English. I once spoke at a Spanish church where they had English translation so all could understand. Consider the options in your community.

Casa Cristiana in Warwick, New York, and Iglesia Nueva Esperanza in Mesa, Arizona, are two examples of bilingual congregations who offer simultaneous translation in order to create a sense of connectedness, and so that all generations can feel they belong. Think of this type of opportunity as “both/and” instead of “either/or.”

These are just a few suggestions for how you can remove barriers for all. Once you start to think about what barriers might exist, you realize that the list of potential barriers can be long. There are generational barriers, ability barriers, cultural barriers, and more. Try not to let it overwhelm you. Instead, ask the Holy Spirit to guide you and your setting. Ask, “What’s next for us? What can we do to make it easier for someone in our midst to access community with God and others?” 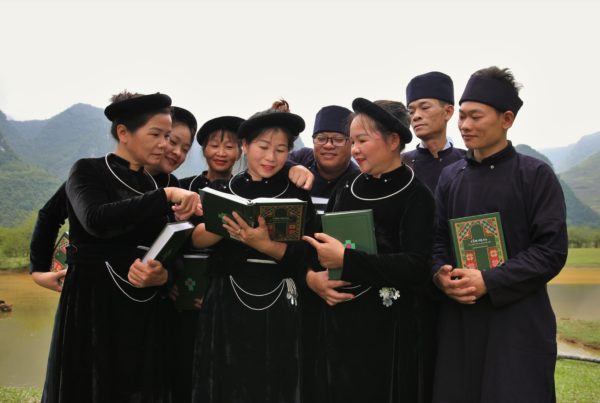 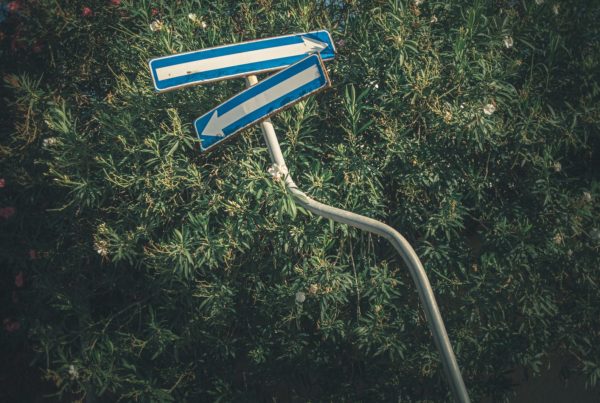 No One Is Called to Everything: Respecting Different Participation Levels