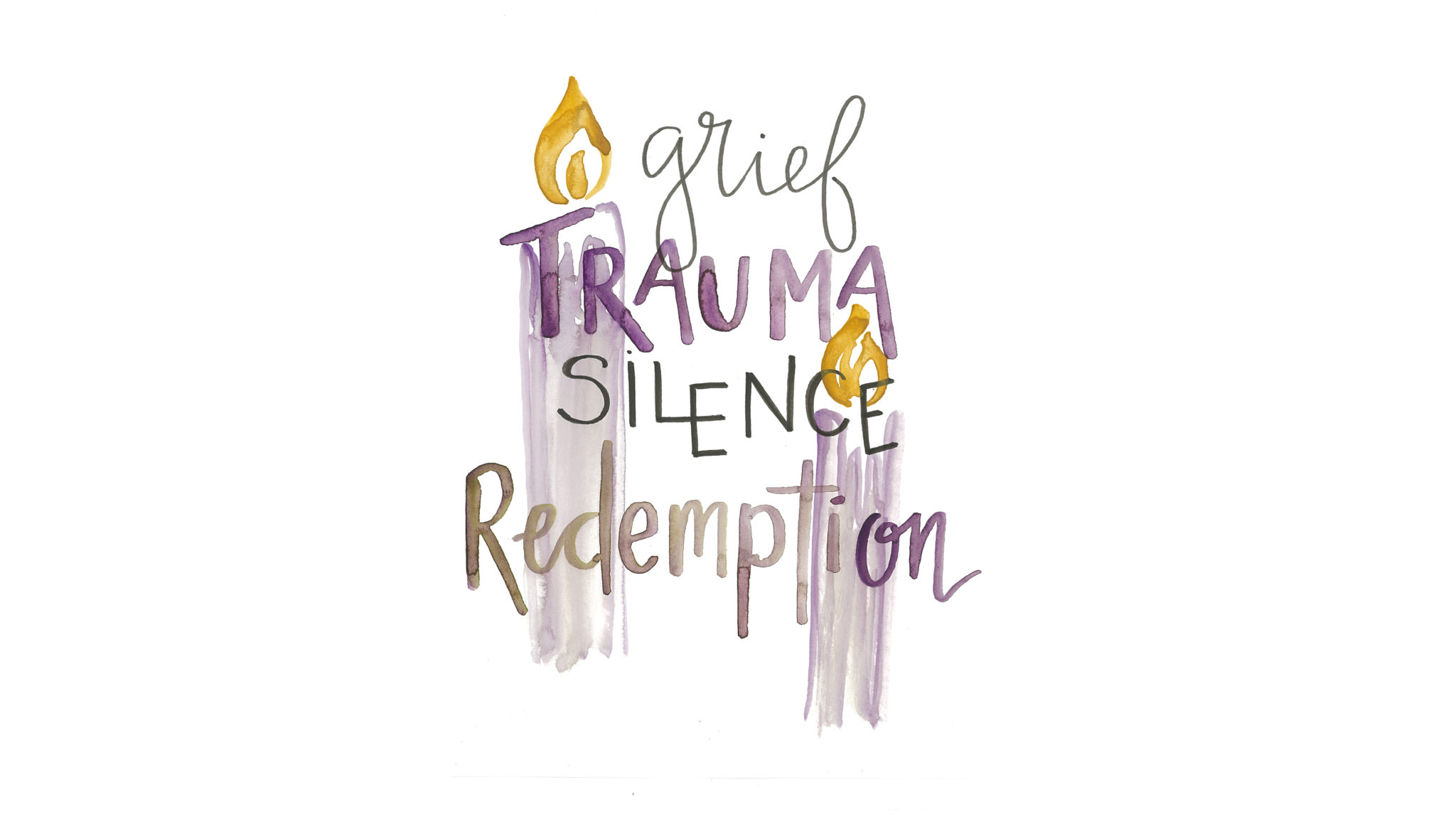 Grief and trauma are strange traveling companions, particularly when the circumstances surrounding tragic events are beyond our control. As people of faith, our response in these difficult moments can be life-defeating or life-affirming. This study examines one woman’s response to tragedy: the story of Rizpah in the Bible. In 2 Samuel 21, we meet Rizpah, a mother grieving over the untimely deaths of her two sons. Through her silence, we are confronted with the uncomfortable realities that accompany inequitable distributions of power. Yet, it is Rizpah’s silence, as a powerful testimony of a mother’s pain, love, and courage, that reassures us to be steadfast in our faith since God can turn our most tragic moments into our greatest triumphs.

Dear Lord, open our eyes to the life and story of Rizpah. Move out of the way the ideologies, ideas, and identities that prevent her story from coming to life during this Bible study. Show us how the power of silence can serve as a countercultural protest in our efforts to build your church. Empower this story and each student to understand this woman’s story as a gift to our learning, growing, and challenging lives of faith. In Christ’s name we pray! Amen.

“Then Rizpah the daughter of Aiah took sackcloth, and spread it on a rock for herself, from the beginning of harvest until rain fell on them from the heavens; she did not allow the birds of the air to come on the bodies by day, or the wild animals by night.” –2 Samuel 21:10

Introduction to Rizpah in the Bible

In 2 Samuel 21:1-14, a three-year famine has caused King David to “inquire of the Lord” of its cause. The problem, according to the Lord, is due to King Saul (now deceased) and his house who “put the Gibeonites to death” (21:1).

King David approaches the Gibeonites and asks what he can do for the Gibeonites to “bless the heritage of the Lord,” by which he means to bless David, the land, and the people of Judah (21:3). The Gibeonites (who are not Israelites, according to 21:2) exploit the Levitical law of retributive justice (Leviticus 24:17-22) against Saul (21:5), and since Saul is no longer living, against his descendants.

It is under this backdrop of revenge and retribution that Rizpah enters our purview. She is the widow of the dethroned and deceased Saul, and while mentioned twice overall in biblical narrative (2 Samuel 3, 21), she makes a physical appearance only once, in the present story. In 2 Samuel 3, she is the subject of Ishbosheth’s accusation against Abner of sexual assault. Although it is unclear whether Abner rapes Rizpah, the text gives voice to the vulnerability and tenuousness of her situation as a lower wife of a dead king.

In the present text, this widow’s woes are intensified as her sons, together with five of Saul’s grandsons, are ritually slaughtered in a shocking episode that is part human sacrifice and part sanctioned execution.

The Gibeonites’ execution of the seven sons of Saul is violent in its presentation and violent in its proclamation. Under the guise of reconciliation and retributive justice, one is astonished by the callous abuse of power and the manipulation of religious symbols that pejoratively reflect on David, the Gibeonites, and God. Yet, the violent nature of the narrative is interrupted by the actions of a mother in mourning. Rizpah does for her sons in death what she cannot do for them in life; that is, protect them from predators. Here, we witness a grieving mother taking up a silent vigil over their corpses left exposed on a hill (21:9, 10). She could not stop David from taking her sons, could not stop the Gibeonites from killing them. So, she does what she can.

The text says that she stands guard “from the beginning of the harvest till the rain poured down from the heavens on the bodies, she did not let the birds of the air touch them by day or the wild animals by night” (21:10). In her book Womanist Midrash, Wil Gafney paints a vivid portrait of Rizpah’s vigil:

Rizpah bat Aiah watches the corpses of her sons stiffen, soften, swell, and sink into the stench of decay … fights with winged, clawed, and toothed scavengers night and day. She is there from the spring harvest until the fall rains, as many as six months from Nissan (March/April) to Tishrei (September/October), sleeping, eating, toileting, protecting, and bearing witness.[1]

Rizpah’s silent vigil over the dead bodies of these sons is evidence of her grief and becomes the visible bodily response to the traumatic and tragic conditions attending their deaths and her powerlessness to protect them from violence. She is subordinate to the coercive and abusive control that the king exerts over the lives and bodies of his subjects. For her, the matter of justice remains elusive, not simply because traumatic experiences harbor wounds that won’t go away but also because she is unable to confront the king directly and exact the justice that the deaths of her sons demanded.

And yet, despite appearances of powerlessness, her truth (and the justice it demands) shames the most powerful person of her day, King David, to act on behalf of the dead (21:11). In a narrative twist of fate, her vigil becomes both a lament and remembrance that draws public attention and recourse. Gafney summarizes the point well: “lynching Rizpah’s and Merab’s sons did not heal the land or the people. Doing right by the multiply wronged woman did,” as the text states, is only accomplished after David retrieves and buries the remains of the slain. It is only then that “God heeded supplications for the land” (2 Sam 21:14).[2] These words serve as the final commentary on this tragic tale in which God not only remains with us in the midst of our tragic and traumatic moments but allows us to triumph when we persevere.

On a hot summer night in August of 1955, 14-year-old African American Emmett Till was removed from his relatives’ home in Mississippi by two white men. He was taken to a barn, stripped naked, pistol-whipped, shot in the head, and his lifeless body dumped in the Tallahatchie River. Emmett Till’s body was returned to his mother in Chicago and upon witnessing the extent of the brutality enacted on the bloated unrecognizable corpse of her son, she refused attempts to bury him quietly. Insisting on an open casket ceremony, she said, “I wanted the world to see what they did to my baby.”[3] The disfigured body of Emmett Till on display to the entire world would shame a nation and usher in the Civil Rights Movement.

In a modern context, Rizpah’s silent vigil resonates with the cry for justice by countless mothers like Mamie Till-Mobley who have watched their children sacrificed to state-sanctioned brutality and the political and socio-economic exigencies of our society (Eric Garner, Trayvon Martin, Michael Brown, Kadi Diallo, and others). In his book Bible Lives, Jonathan Magonet suggests that Rizpah’s actions represent “every mother who sees her sons killed before their time for reasons of state, be they in time of peace or in war. All that remains is for her to preserve the dignity of their memory and live on to bear witness and call to account the rulers of the world.”[4]

As these mothers bear witness to the memory of their loved ones, we are called to bear witness by “being with” them as they struggle with the pain of loss and the “de-centering” experiences that will forever change the world as they know it. In essence, we are called to abide with the traumatized in the most uncomfortable of spaces, providing the ministry of presence where there are no right answers and there are no simple fixes. This is not only the work of the shepherd or the work of pastoral care; but it is the work of the church and those who have been called to Christian service. When viewed from this perspective, it becomes not just one woman’s triumph, but a triumph for us all. In the words of Christ, “when you have done this for the least of these, you have done it for me” (Matt. 25:40).

Rizpah’s act could be understood as one that results in a small token of restorative justice. Some Christian theologians read Rizpah’s vigil as a manifestation of the gift of powerlessness, sprinkled with the grace of surrender. This understanding makes it possible to view her vigil as an act of resistance where restoration is a feasible outcome. In other words, she triumphs in the end.

Yet, in this narrative, it is important that we ask who and what is being restored. Yes, Rizpah’s vigil is powerful, but it is not redemptive. While she may have the satisfaction and closure of seeing her and Merab’s sons buried, her grief and the trauma of their deaths remain an open wound. Thus, Rizpah’s vigil must not be interpreted solely as an act of a peaceful warrior who operates with a heart of peace and a spirit of war. She must not be classified or categorized as a nonviolent resister to the evil of the situation. Her story is a wake-up call for those in theological education and the church to engage in the redemptive work that addresses the realities of traumatic suffering and help persons give meaning to their traumatic experiences.

Current day Rizpahs can be ministered to in the shadow of the cross. Here, we offer that traumatized persons do not need church or biblical platitudes; they need a healing discourse that allows them to bear witness to their experience. If trauma is the “storm that does not go away,” as Shelly Rambo suggests, then the church must be prepared to serve as lifeboats of redemption rooted in the Spirit and love of Christ.[5]

[1] Wil Gafney, Womanist Midrash: A Reintroduction to the Women of the Torah and the Throne (Louisville: Westminster John Knox Press, 2017), 200–201.

[3] By multiple sources, this line is attributed to Emmett Till’s mother.

Rev. Terry Ann Smith, Ph.D., is the associate dean of Institutional Assessment and associate professor of Biblical Studies at New Brunswick Theological Seminary in New Brunswick, New Jersey. Her research interests and publications focus on inspections of the Hebrew Bible that expose normalized inequitable distributions of power and privilege as these intersect categories of ethnicity, class, and gender. As an ordained minister, she is particularly interested in contextualized socio-political readings of biblical texts that foster conversations within the church that address the theological, practical, and ethical applications of the Bible.