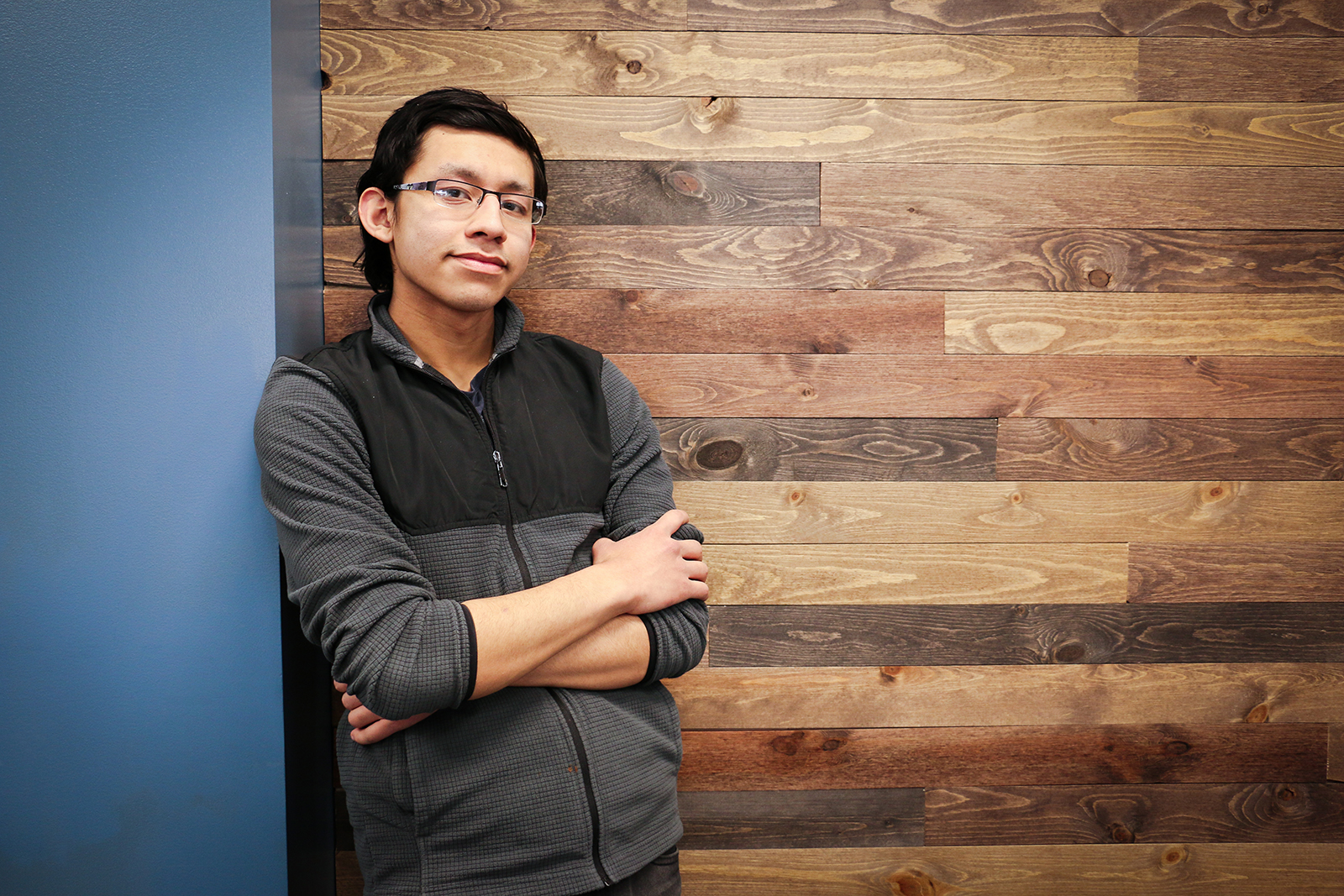 Powerful words when you consider that Miko Poot, now age 20, is referring to a moment in eighth grade when he wanted to take his own life. His home life was tumultuous, he was bullied at school, and, because of moving around a lot, he didn’t have many friends. Overwhelmed by the pain in his life, he wanted to end it all.

But he couldn’t. Something stopped him from following through—though, at the time, he wasn’t sure what.

And that’s not to say his life drastically improved right away. Even though the bullying lessened once he got to high school, his home life was still difficult.

Fast forward three years to Poot’s junior year of high school. Each student in government class wrote out his or her life story. The stories were compiled, published, and shared with the whole junior class. At the time, Poot was running for class president, so he was asked to elaborate on his story. A student who was listening invited Poot to a new after-school program on Wednesdays.

That after-school program was The Harbor, a student-run group of teens helping teens, started by students from Connections, an RCA church plant in Wyoming, Michigan. Going there was a turning point for Poot.

At The Harbor, he found a group of students who was eager to listen and to offer support. They met weekly, often in a classroom, talking sometimes seriously, sometimes playfully—but always consistently. Over the course of several months, Poot began to feel part of a community that cared.

“The Harbor has been one of, if not the, most influential parts of my life. It gave me the strength to keep going,” says Poot. Yet it wasn’t just about him. “This place is a home for those kids in need, those lost [individuals] trying to find their way.”

It started as a way “to keep kids from hurting themselves or ending their lives,” says George Grevenstuk, pastor of Connections. Several students from Connections had read the junior class book and were shocked by the many difficulties going on in their peers’ lives.

The idea of The Harbor “was [the student leaders’] vision; it really was,” says Grevenstuk, though he is regularly present at The Harbor’s weekly meeting.

“They wanted to make a program where people can come together and help fix what’s broken,” says Poot. Even the name was the students’ idea: “The name ‘Harbor’ comes from a boat harbor, a safe haven from the storm. We can help you make it,” he says. 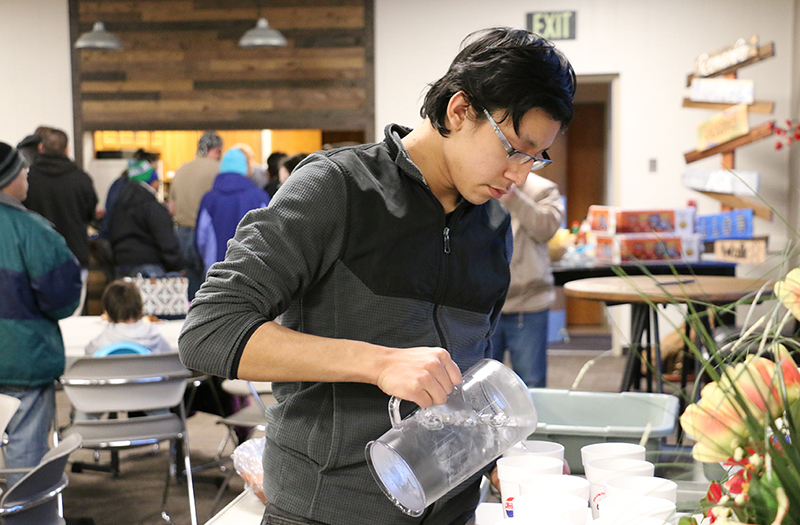 Miko Poot helps set up for a lunch at Connections, a church plant in Wyoming, Michigan, that started The Harbor.

The student leaders encourage their peers to text each other when life feels overwhelming, or simply to give a little signal while passing in the hallway, indicating that they’d like a listening ear after class.

“It’s less of a ‘religion’ kind of thing—it’s more teens coming together to help other teens. It’s just meeting with people who struggle with anything in their lives,” says Poot. “A home away from home is what I like to think of it as. A lot of teens have comfort knowing that people my age are looking at my situation because they are also going through that, and they are willing to share advice; and everyone works together to try to solve everyone’s problems.”

The Harbor is not an official church group or a Bible study, so it’s able meet at the public high school, giving Grevenstuk and the Connections students the ability to serve students they might not otherwise reach.

“We’re just thankful; we don’t question it,” says Grevenstuk. “It has given us opportunity to have access to the school system and put the kids into a leadership position.”

Despite not being explicitly Christian, The Harbor has drawn students like Poot to Connections. Though he did attend church with his parents as a child, he says he didn’t see himself as a church person because the “stern, formal atmosphere was off-putting.” The more informal atmosphere at Connections “allows me to still hear the Word without having to worry about being harshly judged and in an uncomfortable situation,” he says.

Several years after first attending The Harbor, Poot is actively involved at Connections, setting up the space for services and planning worship. Poot sees Connections as “everyone coming together under God’s roof,” and he “can’t imagine life without it.”

Between joining Connections and staying involved with The Harbor, occasionally visiting in order to encourage others going through difficult times, Poot’s life has taken on a clear meaning.

“Watching teens grow and support each other through hard times and offer shoulders to cry on—I’ve never felt so much better and more fulfilled to be part of a community that can save lives,” he says.

When Poot contemplated suicide in eighth grade, something stopped him.

“I didn’t get to find my answer that day, but I still got up and kept going, not knowing why I should. It took years, but eventually, I found my place,” he says. “[The Harbor] helped save me. It’s only right that I help do the same for others.”