How a Transcontinental Partnership Embodies the Family of God

I t gives me goosebumps every time I tell the story,” says Jan Melichar-Utter, reflecting on what has happened since she and her husband visited a San Diego church plant two winters ago.

They’d been in Southern California for five weeks, and Melichar-Utter wondered where to attend church the last Sunday before they returned home to New York. Her son knew a pastor with a start-up church and suggested they check it out.

They arrived at Renew San Diego, housed in a former meeting hall. The church plant was quite different from their own church, First Reformed Church in Fishkill, New York, established more than 300 years ago. Renew had no organ, no pews, and not many people. Instead, piano, guitars, drums, and a vocalist led worship, and 30 or so people gathered around round tables. 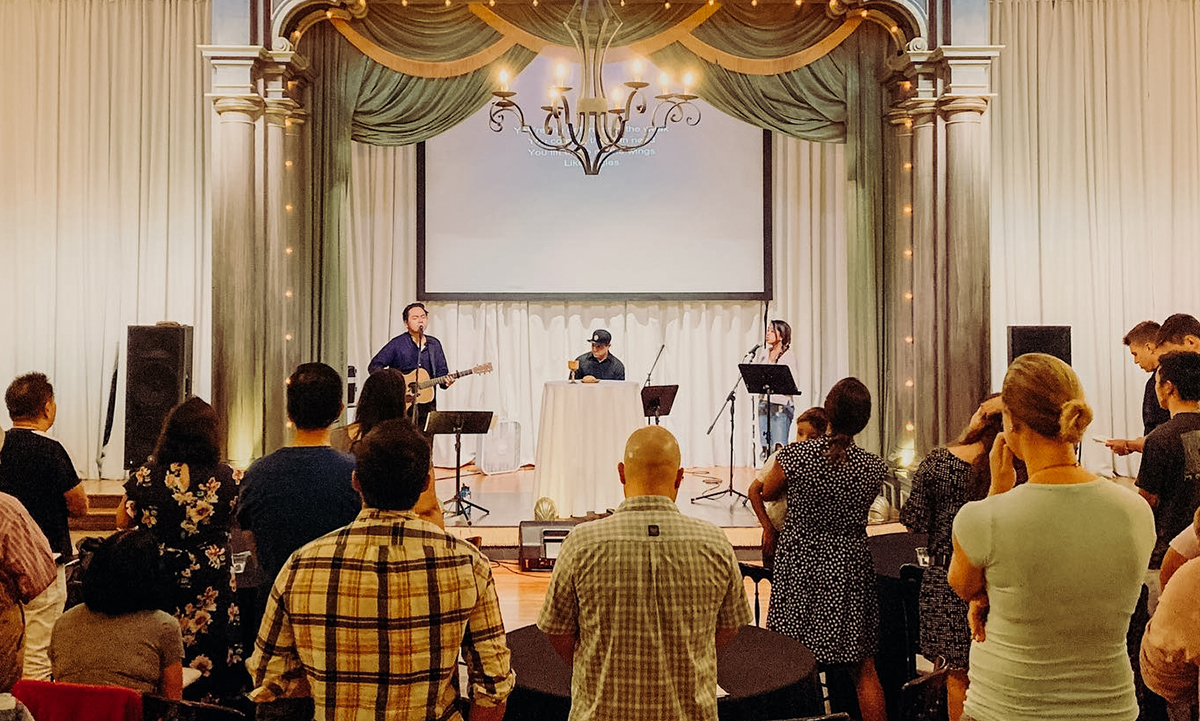 One Sunday morning visit to Renew San Diego, shown here, launched a partnership that is blessing two congregations on opposite sides of the United States.

After the service, Melichar-Utter talked with the pastor, Matt Nault. He mentioned he’d recently heard about One Sunday, an RCA Church Multiplication campaign that partnered established churches with church plants to live out the call of Pentecost: spreading the gospel. Through One Sunday, established churches can develop long-term relationships with church plants and support them through prayer, donations, and things like joint volunteer efforts.

Would First Reformed of Fishkill want to do something like that?

Melichar-Utter promised to look into it. She called Ruth Porter, vice president of consistory at Fishkill Reformed, as members often call it. Porter had previously heard about One Sunday and was already considering it as a mission opportunity for the church. 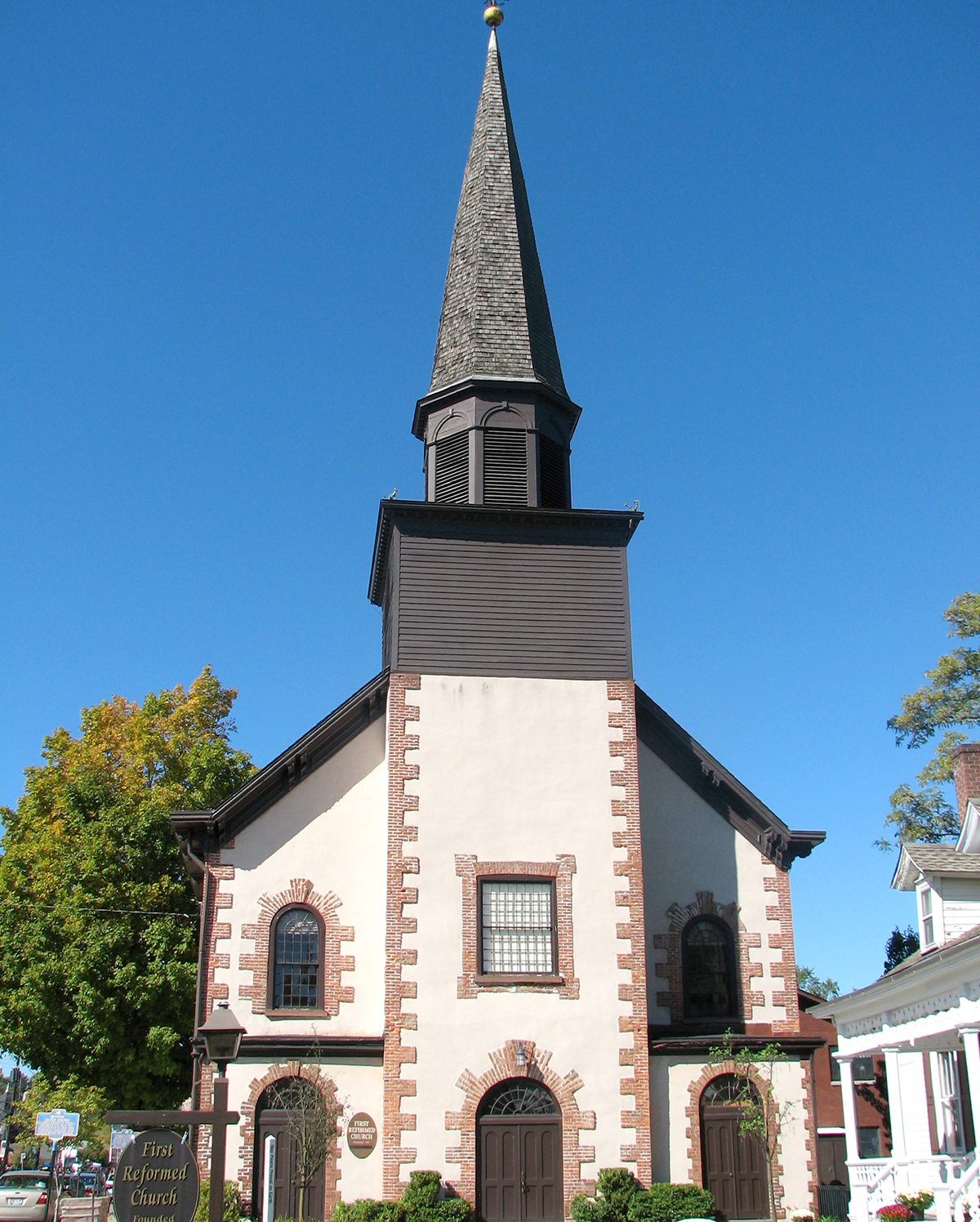 Fishkill Reformed Church in New York stands tall as an older, established church; yet the church is blessing and being blessed by new friends at Renew San Diego, a young church plant in California.

The opportunity was presented to the Fishkill Reformed congregation during coffee hour, and the proposal for partnership was brought before consistory. The vote to support the church plant was unanimous.

“No one balked,” says Melichar-Utter. “The Holy Spirit was working well.”

RCA Church Multiplication officially matched Fishkill Reformed and Renew San Diego for One Sunday, observed on Pentecost Sunday, with the goal of building a long-lasting relationship.

So far, so good. The two congregations have a financial partnership and a prayer partnership. Nault sends periodic updates, pictures, and prayer requests, which Melichar-Utter posts on a bulletin board for the congregation to see and be encouraged.

“It’s exciting,” says Melichar-Utter. “It’s been an energizing, fun ministry that we’re supporting. It gives back to us energy and joy.”

“We’re a small town in the Hudson Valley. There’s no way we can have the kind of ministry that they can have in San Diego,” says Don Porter, Ruth’s husband and one of those most closely involved. “[This partnership] really broadens our ministry to an area that is new for us, and it’s especially meaningful.

“Matt is everywhere, doing everything,” he continues. “They’re transforming lives, not a million at a time, but one at a time in a really beautiful way.”

Nault, previously a pastor in San Francisco, returned to his hometown of San Diego in 2017 with the vision of church planting. He describes the ministry this way: “Renew San Diego is a hospital and a launch pad. It’s a hospital for really sick people to get well spiritually, mentally, emotionally, and physically. And it’s a launch pad for mission out into this world. 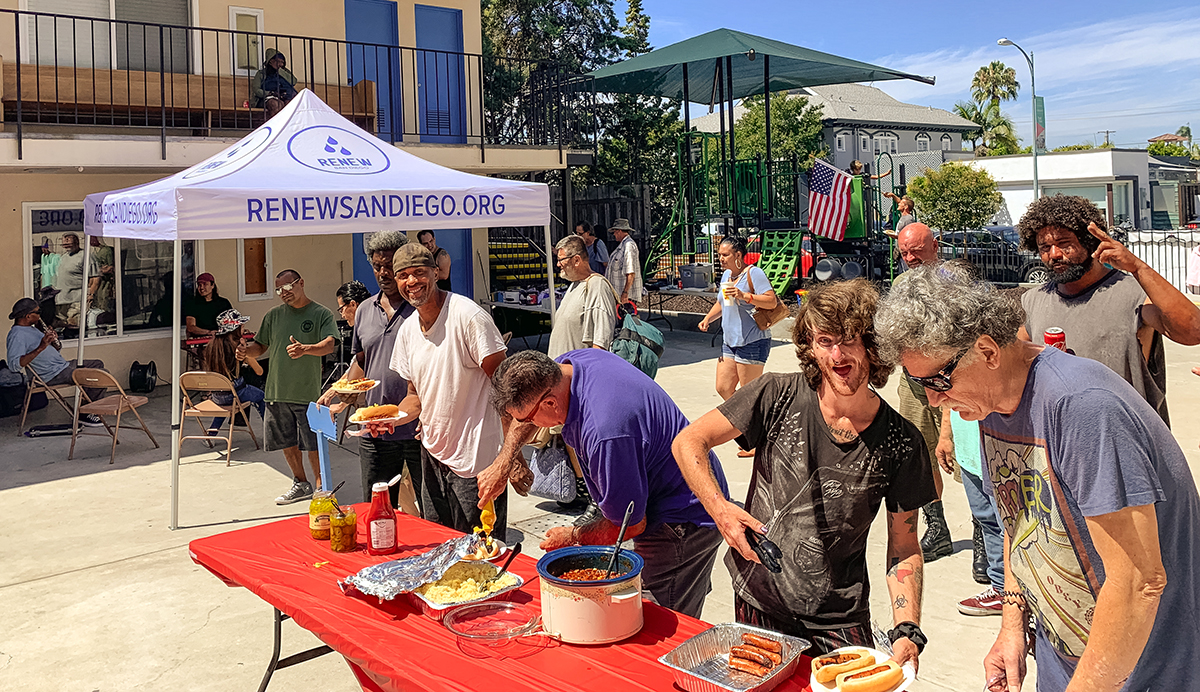 Once a month, Renew San Diego hosts a “Know Your Neighbor” grill out. Financial gifts from Fishkill Reformed help support this community event, and now, members of the New York congregation want to visit San Diego and partake in the fun, too.

“We don’t aim to be a mega church; we do aim to have mega impact,” he says. “We’re starting to see some of that.”

Now the people of Fishkill Reformed are seeing that impact, too, and they are a part of it.

“God uses us when we don’t know we’re being used,” says Melichar-Utter.

“By hearing where their prayers are going, what their finances are funding—the mission of this church to renew our city, our neighborhood, our world—I hope it’s really encouraging for everyone [at Fishkill Reformed] to know they have a critical part of getting this missional church into the fabric of our city,” says Nault. “Whenever they hear a story of God at work here, I really hope they know that this is their story, too.

“Being partners with First Reformed of Fishkill has expanded that whole vision of realizing we’re part of a much bigger family,” he says. “I don’t think you can get much further geographically than our church is from theirs, so literally, across the entire continent, there’s a group of people praying and supporting. It’s the body of Christ at work. It’s not only a picture of the family of God, but it’s a demonstration of it.”