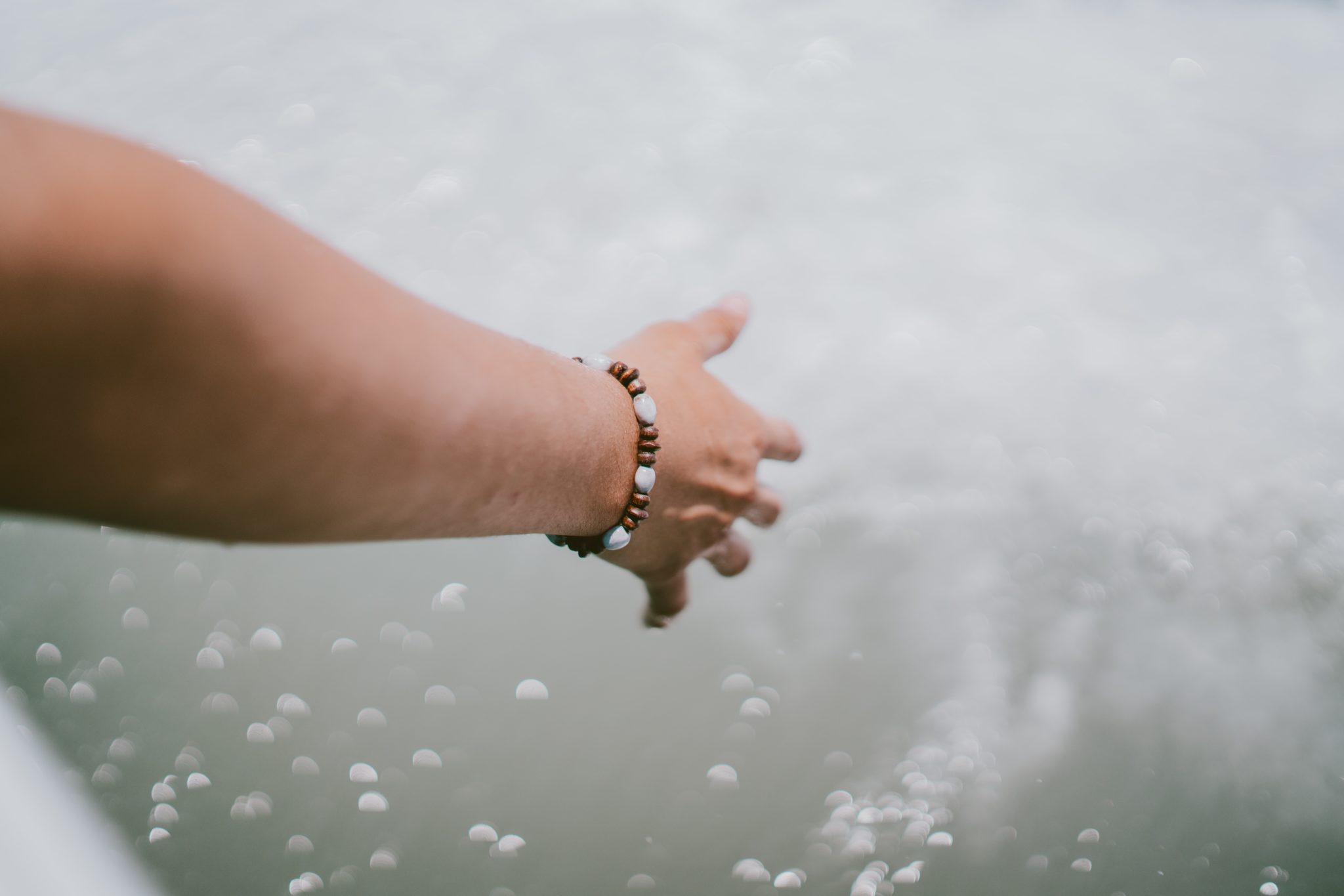 This sermon was prepared and written by Rev. Dr. Denise Kingdom Grier, lead pastor of Maple Avenue Ministries in Holland, Michigan. She also serves as RCA Global Mission’s project leader in South Africa, partnering to help orphaned and vulnerable children find loving families. This sermon is a worship resource for the RCA’s We Are Speaking movement, a call to the church to no longer remain silent about harassment, abuse, and sexual violence.

On May 2, 1963, children in Birmingham, Alabama, had seen enough violence in their home country and heard enough in their hometown. They decided to write their own page in history, one that will forever be remembered as the Children’s Crusade of 1963. The nation watched in horror as children were hosed, beaten, and jailed. From that day forward, the pages of segregation began to reveal a new chapter in America’s history—a chapter that would be read aloud by the children, who, if we look and listen, tell the stories of domestic violence.

Genesis 29 says Leah was Laban’s oldest daughter, born with weary looking eyes. That’s why they called her Leah, for it means weary, grieved. It must have been because of her eyes.

She had a baby sister, Rachel, who was so beautiful. It wasn’t that Leah was unattractive or ugly; it’s just that Rachel, well, she was beautiful. No wonder the man who showed up at the well that day took a liking to her (if you want to call it a liking since he had only known her for a few minutes when he laid one on her—a kiss that made him weep).

Leah and Rachel’s father, Laban, promised the stranger—a cousin from a distant place—that he could have Rachel for his wife if he, in exchange, worked for Laban for seven years, as was the custom. And Jacob, the stranger, agreed to the terms and worked for the allotted time.

And then came that night—the night no one would forget—a silent night.

Leah lay upon her bed, silently weeping, I’m sure, because her younger sister had found a suitor while she, the older daughter, was left lonely, weary, and grieved, just like her name.

Then came a rustling, a whisper, a snatching of the wrist, a pulling in the night. There was a promise from her father and these words: be quiet, it’s dark, he won’t know.

Then and there, the violence of silence took place.

Who warned Rachel? No one. Who asked Leah? No one. Who will inform Jacob that the wife he sought had been switched? No one.

That’s how violence works best—in silence. Twenty people per minute are physically abused by their partner, not just boyfriend and girlfriend, but husband and wife, not just in “the hood,” but in the suburbs. Yes, even in good Christian families.

Most of this happens under the blanket of silence. You better not tell anybody, or, what happens in this house, stays in this house. And the violence of silence, like cancer in a cell’s DNA, begins to produce death. It’s carried in the blood line, passed from one generation to the next.

Jacob woke up the next morning, found Leah in his bed, and he lost it. Leaving her naked on the floor, he stormed into his father-in-law’s tent. “What is this?” he demanded.

“This” refers to Leah. “This,” not “who.” Or maybe “this” means this thing that has happened—“I expected Rachel and, instead, I got this.” I’m not sure what Jacob meant or what Leah heard, but I bet she felt like a “this.”

It’s our family business. What goes on in my house, stays in my house. You better not tell anybody.

Leah remains silent throughout the text, even her death is silent—when? Where? How? Silence. But she’s brave. She is a hero. She uses the means she has in the silence of her father’s honor, her husband’s  respect, and her culture’s tradition.

She didn’t just buckle down and wait for heaven to avenge her. She didn’t just become bitter and claim to move on and put it behind her. No, she did what she could. She used the only method she had: the naming of her sons. Their names would tell her story to the whole community and to future generations. She made up her mind: “The first chance I get, I will break the silence.”

When the Lord saw she was unloved, he opened her womb, and she conceived a son and gave him a name that broke the silence: Reuben, which means, “the Lord has looked upon my affliction.”

“Behold, I see the God who sees me,” Hagar proclaimed in the wilderness after she ran from the abusive homestead of Sarai and Abram. God saw Leah, too, and God saw Laban, the father, the patriarch who participated in the violence. Maybe it was the custom to do what he did. Maybe somewhere in the back of his mind, he thought he was doing a favor for his daughter by throwing her to the dark, cold floor of sexual violence. Maybe. Whatever his intent, motive, or plan, God saw him.

The names of Leah’s children tell the whole story.

Simeon: the Lord has heard that I am unloved. “The righteous cry out, and the LORD hears them; he delivers them from all their troubles” (Psalm 34:17).

The Lord hears the cry, and he hears the voice of the abuser. God hears the church saying nothing to the racial hatred or the sharp sword of implicit bias. It happens in the church, behind closed doors, and it ends in gag orders. There are scars on skin of all hues, on people alive and dead, on both bodies and souls. Yet the church remains silent. God hears the silence of the church, and it is deafening. Do we hear?

Levi: the Lord will attach my husband to me. This is the last glimmer of hope.

Maybe now—maybe because of Levi—my husband will be attached to me, says Leah. Now Leah has three boys, and Rachel has none. Yet Jacob loved Rachel more than Leah. And they all live together, with Laban, in the violence of silence. Only the children pierce the silence no one would dare to name.

Finally, Leah turns to praise. In the violence of silence, Judah is born. You-dah, the Hebrew word for praise. The opposite of the word is wringing and clasping the hands in worry. You-dah—praise—hands lifted up and tossed out to God. Praise to God, I’m yours.

The violence of silence lives in the church amidst the praise. It is avoided in liturgy, muted in the prayer of confession, and ignored in the proclamation of the Word. Trembling hands, busted lips, and broken spirits long for a drink, a dip, and a taste of the covenant made by the church at baptism. They long for the promise instead of the silence.

Let the abused and the abuser surrender; throw your hands up to God.

You see me and you will avenge my life. You hear my cry. You are my help and my protector. You are the vine and I am the branches; let me abide in you.

Look at Leah’s children. Levi will provide a line of priests who will lead God’s people in worship and will watch over the temple where God dwells. Judah—not Joseph, the second in command to Pharaoh, or Benjamin, the youngest and beloved son of his father—but Judah, the fourth son of Leah born in the violence of silence, will be the ancestor of a king named David who will be ancestor to Jesus.

You can’t see, hear, or feel it now. Just lift your voice, show your stripes, and surrender your faith to Jesus. He, too, suffered domestic violence at the hands of those he loved. He was despised and rejected, denied by his own brothers, crucified by his own people, and forsaken by the Father on the cross.

He could see that God sees: Into your hands, I commend my spirit. He could hear that God heard: Forgive them; they know not what they do. He clung to hope: Today you will be with me in paradise. And he stretched forth his hand: It is finished.

Jesus suffered the violence of silence in the tomb. He rose on Sunday with the evidence of abuse—hands scarred, side punctured—for you, for me, for the church, so that we will no longer placate violence in her midst. That the church would see what is to be seen, hear what is to be heard, loose the bonds of the abused and the abuser, the oppressed and oppressor. That all God’s children would gather in the company of the saints, in the presence of the triune God, and in the fellowship of all believers. That we may together—always together—throw up our hands in praise for the God who sees! 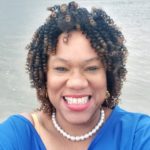 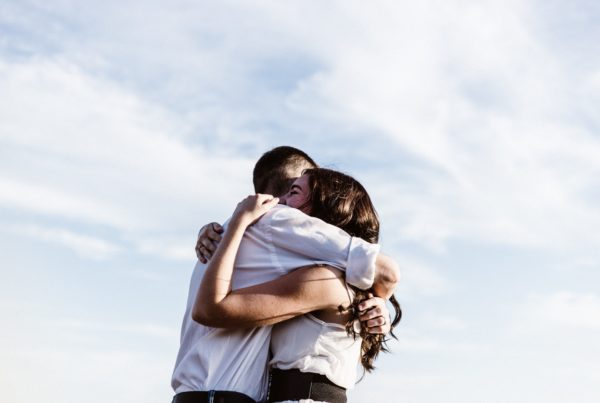