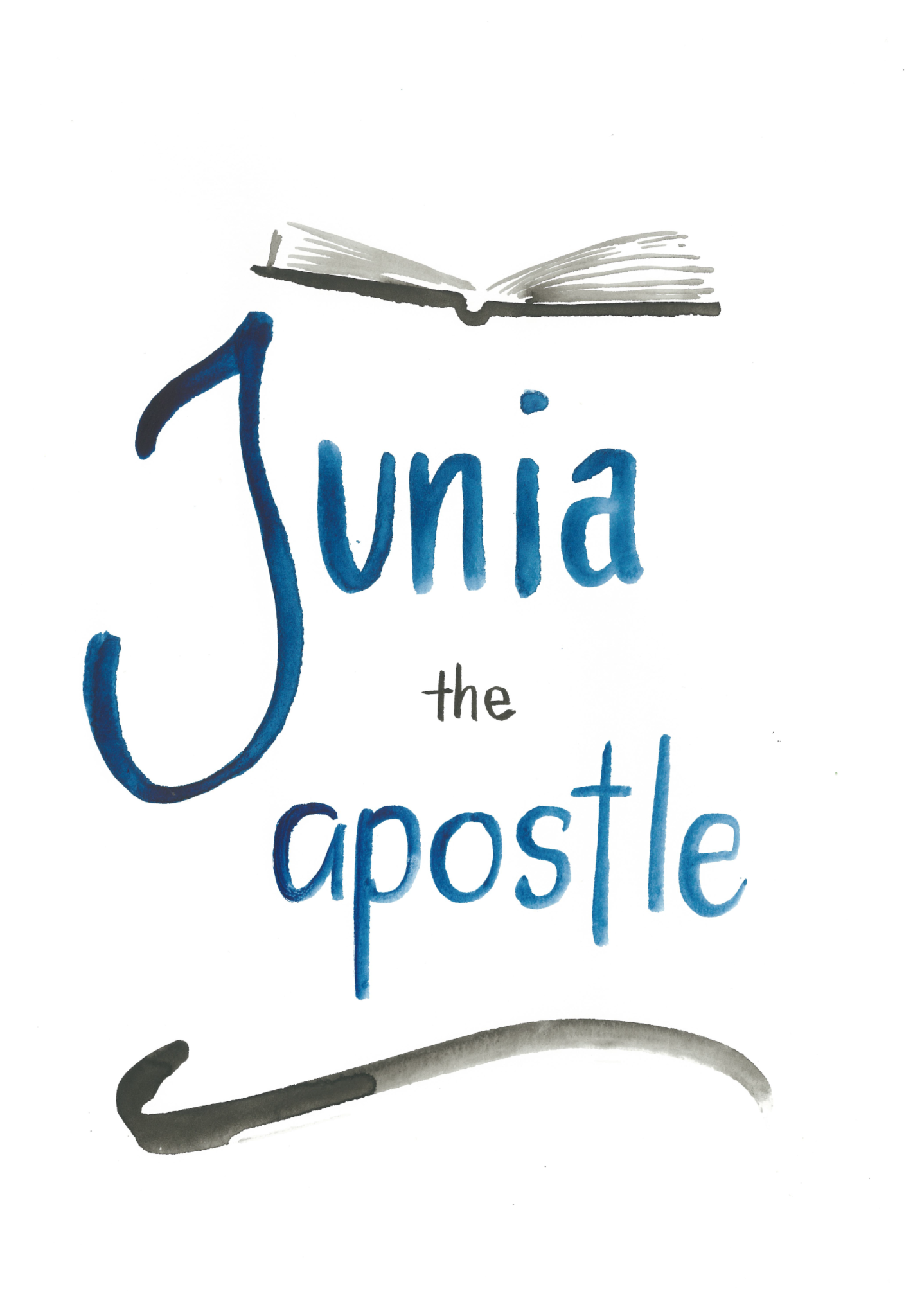 In one short verse at the end of Romans (Romans 16:7), we are introduced to Junia, a first-century apostle who has been systematically erased from our view for centuries. From Junia’s story in the Bible, we learn about God’s intention for ministry partnership between women and men, about suffering for the sake of the gospel, and about how women have always been faithful leaders in the fulfillment of God’s mission.

As you get ready to study the life of Junia, invite the Lord to help you see what might be hidden around you, using this prayer:

God, help me to see the good things you are doing in and around me in greater measure. I want to become more aware of how you are at work. Today, as I look at the life of Junia, open my eyes to see the text and to learn from Junia’s life and leadership. Amen.

We meet Junia in the final chapter of the letter to the church in Rome:

“Greet Andronicus and Junia, my relatives who were in prison with me; they are prominent among the apostles, and they were in Christ before I was.”  – Romans 16:7

Introduction to Junia, the Woman Apostle

It’s possible that you’ve never heard the name Junia before. There are at least two reasons for that. For one thing, she is only mentioned in one verse in the last chapter of Romans. For another, for generations, Junia was systematically removed from our Bibles.

You read that right! For almost 2,000 years, scribes, commentators, and teachers changed her name from Junia to a masculine version of the name: Junias. Theologian Scot McKnight articulates the reason why they did that:

Junia has spent centuries as the hidden apostle, but it’s time we changed that!

Digging Deeper: Who Was Junia in the Bible?

Even though her story is recounted in just one verse, we can learn five things about Junia from Romans 16:7.

First, Junia is in some way connected to Andronicus. Scholars aren’t certain, but Junia was most likely either married to Andronicus, or they were brother and sister. This was a woman with a family.

Second, like Paul, Junia was a Jew who had become a Christian. In fact, the end of the verse tells us that Junia had actually come to faith in Jesus before Paul did.

Third, Junia’s faith had been tested. The text tells us that Junia had been imprisoned with Paul. To be sure, first-century prisons were not pleasant places, particularly for a woman. So we can conclude that Junia would have been all too familiar with suffering for her faith.

Fourth, Junia was an apostle. In the New Testament, there was perhaps no higher honor than to be commissioned as an apostle. When you think of biblical apostles, you probably think of the twelve who walked with Jesus. Or perhaps you think of others who are labeled as apostles in the Bible: people like Paul, Barnabas, Silas, Apollos, Timothy, and Epaphroditus. Add Junia to your list. She’s an apostle.

Reflecting on her excellent apostleship, fourth-century church leader John Chrysostom said this about Junia: “And indeed to be apostles at all is a great thing. But to be even among these of note, just consider what a great tribute this is! But they were of note owing to their works, to their achievements. Oh! How great is the wisdom of this woman, that she should be even counted worthy of the appellation of apostle!”2

As we think about our lives and leadership, Junia has at least three things to teach us:

For one thing, alongside other women who partnered with Paul, Junia’s apostolic ministry illustrates God’s Genesis 1 mandate that women and men would together steward God’s mission in equal measure. What does partnership with someone of the opposite gender look like in your ministry? How can you live out that partnership more effectively?

Next, Junia was a leader who had suffered for the sake of the gospel, something that our brothers and sisters in today’s persecuted church around the world have experienced as well. She—and they—can teach us from their experience. How are you suffering for your faith? How might God be calling you to take more risks in order to advance the gospel?

Finally, even though she was “prominent among the apostles,” Junia had her identity systematically erased for two millennia, because the ecclesiastical system couldn’t imagine that a woman could be an apostle. Who are the Junias in your context? Who are the women who are hidden behind the misguided notion that they cannot be leaders? How can you encourage them this week?

When two of my dear friends had their second child four years ago, they named her Junia, as a way to honor this biblical heroine. We would all do well to follow their example and honor Junia’s life and leadership, causing her to be hidden no more.

[1] Scot McKnight, Junia is Not Alone: Breaking Our Silence About Women in the Bible and the Church Today, (Englewood, Colorado: Patheos Press, 2011), location 272, Kindle. For more on Junia’s systematic erasure, see margmowczko.com/junia-and-the-esv/.

Dr. Rob Dixon lives in Clovis, California, with his wife, Amy, and four amazing kids. For the last 25 years, Rob has served as a campus minister with InterVarsity Christian Fellowship, and he graduated in 2018 from Fuller Theological Seminary with a doctorate degree focused on thriving ministry partnerships between women and men. Rob’s personal mission statement is to challenge the people of God to embrace a theology and practice of gender equality. He is the author of Together in Ministry: Women and Men in Flourishing Partnerships. 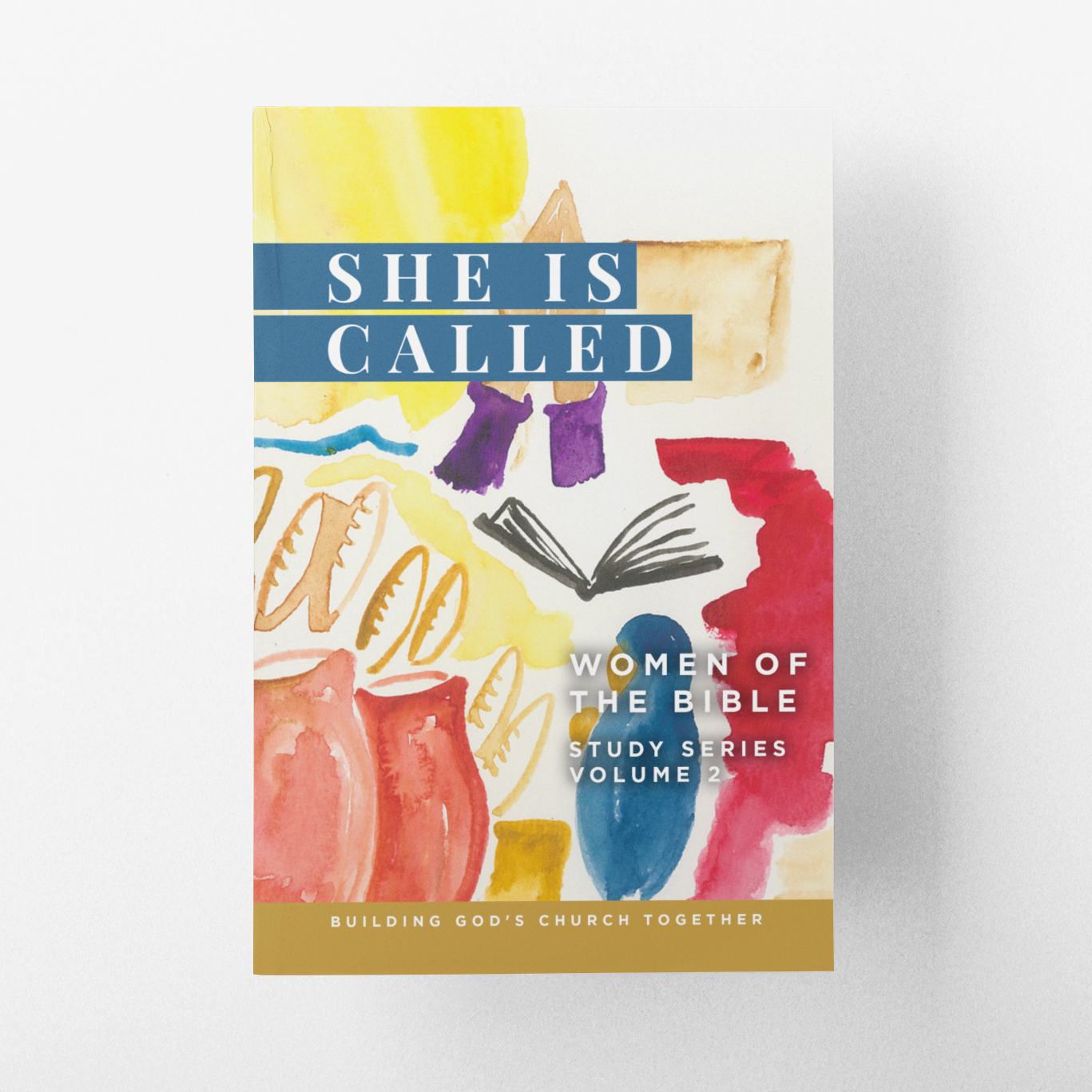