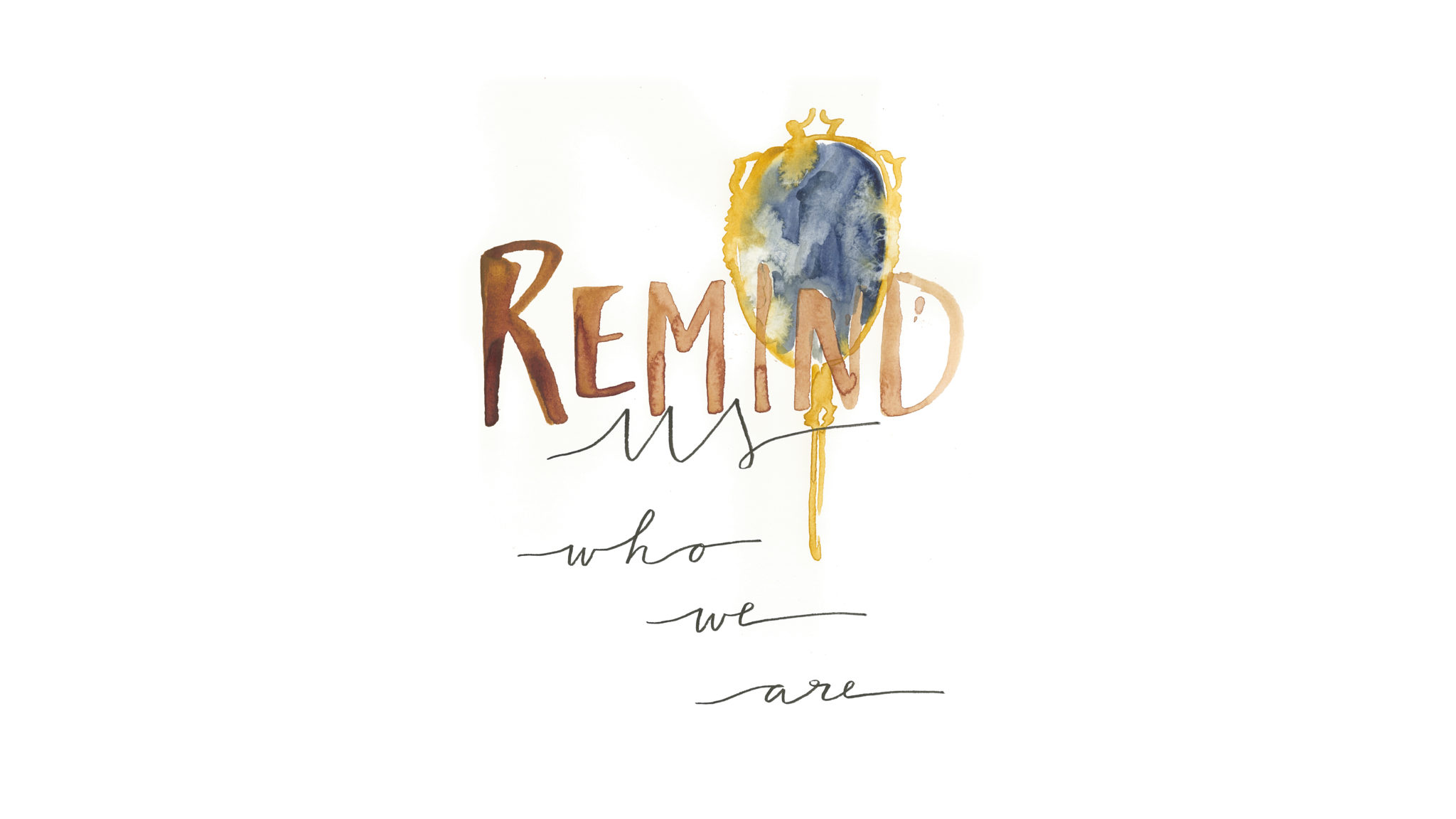 Zipporah: Reminding Us Who We Are

Zipporah was Moses’s first wife in the Bible. Her story reminds us that flesh and blood have always been faithful reminders of God’s covenant promises.

Great I Am, light the path before us we pray. Remind us in you who we truly are and remind your church of the same. Amen.

“On the way, at a place where they spent the night, the Lord met him and tried to kill him. But Zipporah took a flint and cut off her son’s foreskin, and touched Moses’ feet with it, and said, ‘Truly you are a bridegroom of blood to me!’ So he let him alone. It was then she said, ‘A bridegroom of blood by circumcision.’”

Who Was Zipporah in the Bible?

Zipporah the Midianite was a descendant of Midian, Abraham’s son by his third wife Keturah. In Hebrew, her name means “bird” or “little bird.” We first meet Zipporah—who later became Moses’s wife—at a well in her hometown of Midian. At the well, she met Moses, who was fleeing from Egypt and from Pharaoh’s judgment after he murdered an Egyptian (Exodus 2:15-22).

Zipporah and her six sisters were attending to their daily chores of drawing water and watering their father’s flock. Moses was seated at the well nearby, no doubt dressed, painted, and speaking like an Egyptian dignitary. When local shepherds drove the sisters away from the well in an act of gender-based violence, Moses rose to their defense and he watered their father’s flocks. Upon returning to the home of their father, the sisters reported the incident of the “Egyptian” stranger who had come to their aid. In gratitude, the father urged them to go back and bring the kind “Egyptian” Moses to their village, and soon after, Zipporah would become Moses’s wife.

Zipporah only appears three times in Scripture: the first time at the well (Exodus 2), the second time while on the journey to Egypt (Exodus 4), and finally in the wilderness when Moses met her father Jethro who was accompanied by Zipporah and her sons (Exodus 18). Of her three appearances in the text, she only speaks one time, in Exodus 4. Ultimately, Zipporah is replaced by Moses’s second wife, a Cushite woman.

The long donkey ride on the way to Egypt left Zipporah, Moses, and their two children wanting for a good night’s rest. During the night, God’s hand of death came against Moses and “tried to kill him” (Exodus 4:24).

Wait. What? God had just given Moses an assignment to return to Egypt and demand that Pharaoh free the Hebrews from bondage. What’s more, God had just revealed himself to Moses and demonstrated great power in and through him. Why would God want to kill Moses?

Whatever the reason, Zipporah had to think and act quickly in order to save her husband’s life. Her response to her husband’s impending death is to perform a circumcision on her son and toss the foreskin at her husband Moses. In order to understand this scene, some background information is in order.

When Zipporah and her sisters spotted Moses the first time, they thought he was an Egyptian, and in many ways they were right. Moses had been in the household of Pharaoh in Egypt since infancy. His mannerisms and customs were shaped by his Egyptian upbringing. In fact, he most likely dreamt in the language of Pharaoh. Everything about him was Egyptian, except for one thing. Unlike his Egyptian peers, he was circumcised. Circumcision was not the same medical practice it is today, but circumcision was a sign of the covenant God had made with Abraham and his descendants. Zipporah had borne two sons to Moses, but he had failed to perform circumcision on his sons. Egypt had caused Moses to forget his roots—his identity—as a descendant of Abraham. Alas, he had forgotten his blood!

When Zipporah saw her husband dying before her eyes at the hand of the Lord, she made a split second decision to circumcise her son and throw his foreskin at the feet of her husband. This has to be the bloodiest scene in the book of Exodus since the massacre of Hebrew male children in chapter 1. It would be rivaled soon after as the blood of the Egyptian children ran cold at the final plague, as the blood of lambs was smeared on the doorposts of the Hebrew households that first Passover, and with the bloodying of the sea as the waters closed over the Egyptian army.

“You are a bridegroom of blood,” Zipporah declares as she tosses flesh at Moses’s feet. With the prowess of The Lion King’s Mufasa to his son, Simba, Zipporah’s actions roar, “Remember who you are.” You, Moses, are of the bloodline of Abraham. As such, you should have circumcised your son soon after his birth. Remember who you are; you are a bridegroom of blood. The trappings of Pharaoh’s house made it easy for Moses to forget Abel’s sacrifice, the ram who saved Isaac, and the Hebrew blood that ran through his veins. These people he was going to save were his own people, God’s chosen people by blood.

In order to complete his assignment, Moses had to die. At least, the Egyptian in him had to die in order for the “bloody,” Israelite Moses, in his truest identity, to fulfill the purpose for which he was born. Through Zipporah’s quick-thinking actions, she evoked the covenant by demonstration so Moses would remember his roots. If he was going to Egypt to free his people, his identification with Egypt had to die. The flesh and blood in the hands of his wife Zipporah would not let Moses forget.

The church is married to a bridegroom of blood. Christmas warns us that flesh and blood matter to God. Holy Week drags us reluctantly down the bloody path to Golgotha. Maundy Thursday leads us to a bloody table and to a garden where Judas Iscariot has blood on his hands. Blood and water flow from the side of the bridegroom in those last moments on the cross. After the resurrection, Jesus invited Thomas to touch him in the bloody parts, his hand and his side. We who are in Christ cannot deny the sacrifice, the pain, the very life that runs through our souls in the blood of Christ, our resurrected Lord.

We must remember who we are—bride of Christ, circumcised in our hearts, dead to sin, our flesh perpetually cast at the feet of Jesus in confession and repentance. That’s who we are: dead because of our sins and alive because of Christ, through his life and by his blood.

Zipporah reaches across centuries to point to the Lord ’s Table, the flesh and blood of the new covenant. Every time we gather for communion, her words should be told alongside Moses’s, “Yes, Jesus, you are a Bridegroom of blood.”

At first glance, the relationship between Zipporah and Moses looks like the familiar boy-rescues-girl tale. Zipporah and her sisters appear too weak to defend themselves from the threat of local shepherds at the well. And, here comes Moses to the rescue. Naturally, this man who rescued these vulnerable young women was a likely suitor for one of the daughters of the Priest of Midian, and they lived happily ever after.

Alas, this is no patriarchal fairy tale, and Zipporah is no damsel in distress. Where once she was the beneficiary of male benevolence, she then stepped in to save the life of the patriarch. Zipporah’s story should always be told alongside Moses’s, for without her, he would surely have died before returning to Egypt, still unclear about his true identity.

There are things in the culture, in society, and in this world that naturally attach themselves to us and disguise our true identity. Sometimes it’s our careers, our family name, or our traditions that are such a part of us that we forget Paul’s reminder that “our citizenship is in heaven” (Philippians 3:20), and our identity is hidden in Christ.

As we reflect on Zipporah’s witness, let us consider this:

The Hebrew word for “remember” invites us to focus on a thing until it leads us to repentance. Ask God to help you remember the places and things in your life that you have attached to your identity. How might these things have been allowed to trump your identity in Christ? Ask God to reveal these places and/or things. Confess and repent.

Zipporah urges us to remember who we are in Christ. We are urged to die to all our false identities and to remember our true identity as siblings of the flesh and blood of the Bridegroom.

Rev. Dr. Denise Kingdom Grier is the Pastor of Mobilization and Renewal at Mars Hill Bible Church in Grandville, Michigan. She recently ended a 12-year tenure as lead pastor at Maple Avenue Ministries in Holland, Michigan. She is also RCA Global Mission’s coordinator for Setshabelo Family and Child Services in the Free State Province in South Africa. Rev. Grier graduated from Shaw University in Raleigh, North Carolina, where she received a BA in psychology. After functioning as a social worker for many years, she went on to become the first African American female to graduate from Western Theological Seminary in Holland, Michigan, with both the master of divinity and doctorate of ministry degrees. She is a longtime student of the Word who brings dynamic and prophetic insights to her preaching, teaching, and pastoral life. She lives in Holland, Michigan, with her daughter Gezelle, son Chris, and doggie-woggie Kgabani.