How Our Cultural Context Impacts the Way We Interpret Scripture 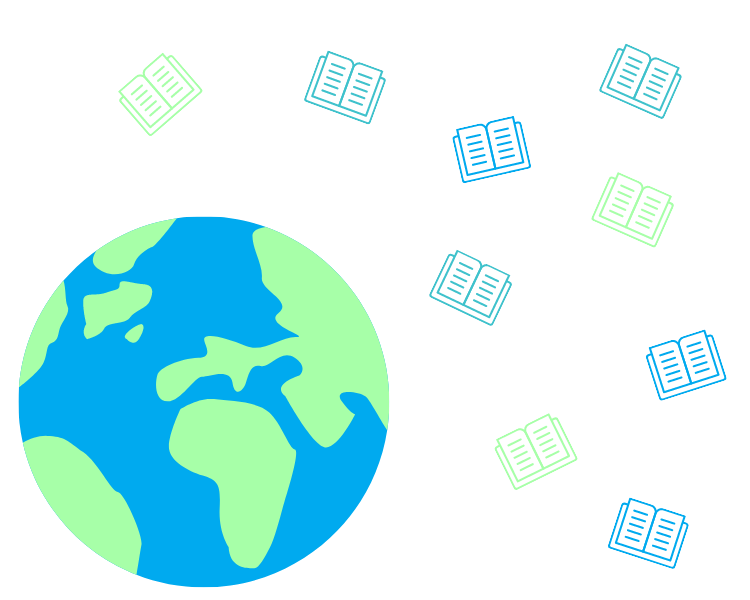 Your cultural context shapes the way you understand the Bible, probably more than you realize. In part two of a series on understanding the Bible, Western Theological Seminary Gordon H. Girod research professor of Reformed theology Dr. J. Todd Billings unpacks the role that our cultural context plays in how we interpret Scripture. He also shares how studying Scripture in community with other cultures can enrich your understanding and deepen your faith. Originally available in video form, the written material has been lightly adapted.

Go to previous section: How to Study Scripture as God's Word

Why we study the Bible in community with others

As we think through this question, we need to remember that the general context for interpreting Scripture as Christians is in community. We do it with one another.

Interpreting the Bible with one another can provide checks and balances. It can actually help us identify areas that are currently our blind spots.

I will give an example here of something that I’ve discovered in my own teaching.

I have spent a couple years teaching in Ethiopia and over a decade teaching in the United States. One of the topics that has come up in my classroom is biblical dietary laws. These are laws in the Old Testament that essentially say, “eat this; don’t eat that.”

How are we to make sense of these Old Testament dietary laws?

In the United States, this question comes up and people think, well, maybe these are actually hidden laws about what foods are healthy and what foods are unhealthy. Or there’s some other reason for this.

In this Ethiopian context, I think that we can learn something about Scripture that we in my culture would miss otherwise. In the Old Testament, God gives laws, including dietary laws, not because they’re secret health codes, but because God wants his people to be distinct from the other nations.

Learning from other cultures and critiquing our own

Reading Scripture together in different cultural contexts can lead to gifts in that we can learn from the ways others interpret Scripture in their cultural context (and vice versa). But there are also times when we need to allow our own culture to be critiqued by the Spirit as we read Scripture so that we can be transformed into the image of Christ.

All cultures in the world have idolatries. We all have values that resist transformation into the image of Christ. So on the one hand, the Spirit works in all different cultural contexts through the Word of God. But on the other hand, the Word of God confronts the brokenness of all different cultural contexts through the Spirit.

This is an example of how we can learn from other cultures around the world and see our own cultural blind spots as we read Scripture together.

As we think this through, I want to point to Acts 2 and the famous event of Pentecost. I think there’s something going on here that we don’t usually recognize.

People who speak different languages and hail from different cultures all hear the Word of God through this amazing, miraculous event:

“Now there were devout Jews from every nation under heaven living in Jerusalem. And at this sound the crowd gathered and was bewildered, because each one heard them speaking in the native language of each. Amazed and astonished, they asked, ‘Are not all these who are speaking Galileans? And how is it that we hear, each of us, in our own native language?’” (Acts 2:5-9).

Those in the crowd on Pentecost were hearing powerful testimonies to the wonders of God in their native languages. This is the work of the Holy Spirit. The Spirit comes upon people and speaks in all different languages at Pentecost to spread the gospel.

But there’s something subtle going on here. Different languages have different views of culture within them. If you know Spanish and English, for example, you know that there are certain words that you can’t exactly translate between the two.

There’s sometimes a better way to say something in one language than another. But the Spirit actually comes upon people and takes up this process of translating the gospel, translating the good news into all different languages, even though it will result in differences.

All interpretations of Scripture which are distinctively Christian will lead us deeper into the life and the way of Jesus Christ because that is our identity: people who have been united to Christ by the power of the Holy Spirit.

Cultural differences in the early church

For Jews, to say, “Jesus is Lord” meant Jesus was the Lord of the universe in the Old Testament, who created and chose them as God’s people.

Among Gentiles, the same word for Lord in Greek was used to speak about the caesars, the worldly rulers who would often ask for homage. And somehow, in his mysterious way, Jesus was the true Lord now.

So even within the early church, there are different cultural conceptions of the gospel that complement each other.

The amazing thing about Pentecost is that it’s actually attributing these differences to the Holy Spirit. And it gives us a certain boldness in translating the Bible into different languages, even though there will be different cultural understandings of the Bible.

There’s an organization today called Audio Scripture Ministries, which translates the Bible into the heart languages of different people around the world. Translation to new languages leads to different cultural conceptions of passages of Scripture.

But because of the Spirit’s work at Pentecost, we can have confidence that even when there are differences in interpretation, those can be Spirit-inspired differences, because God is speaking his Word to people of all cultures around the world.

Holding onto the core messages of Scripture

On the other hand, there are limits to the differences of interpretation Scripture can support.

Paul speaks about the Holy Spirit’s work in terms of the fruit of the Spirit: love, joy, peace, kindness. It’s not possible, in Paul’s view, for a culture to say, well, love is not fashionable. Kindness is not fashionable in our culture. So we’re just going to reject that part. We’re going to opt for our own cultural view, which prizes hostility and retribution. And we’ll do that instead of love, joy, and peace.

That is outside the limit of what the Spirit is doing. The Spirit is conforming people to Jesus Christ. The Spirit has a definite work. There is a range to the Spirit’s work, even as it has a specificity to it across different contexts.

What this means for how we interpret Scripture

The kingdom is among us in Christ. But until there is a consummation of Christ’s kingdom with the second coming, his disciples will continue to struggle with sin. And all of us, as biblical interpreters, will continue to struggle with sin. None of us come from a culture that perfectly reflects the identity of Christ that Scripture sets forth for us. None of us naturally reflects the mind of Christ, which Paul says that we should seek to grow into.

That’s why we need to come together and learn from God’s Word, hear God’s Word in a way in which we are not in control, and where we allow Christ’s lordship to call into question some of our own cherished cultural values so that we can grow in conformity with Jesus Christ as followers of him.

Continue to the next section: How to Resolve Differences in Biblical Interpretation