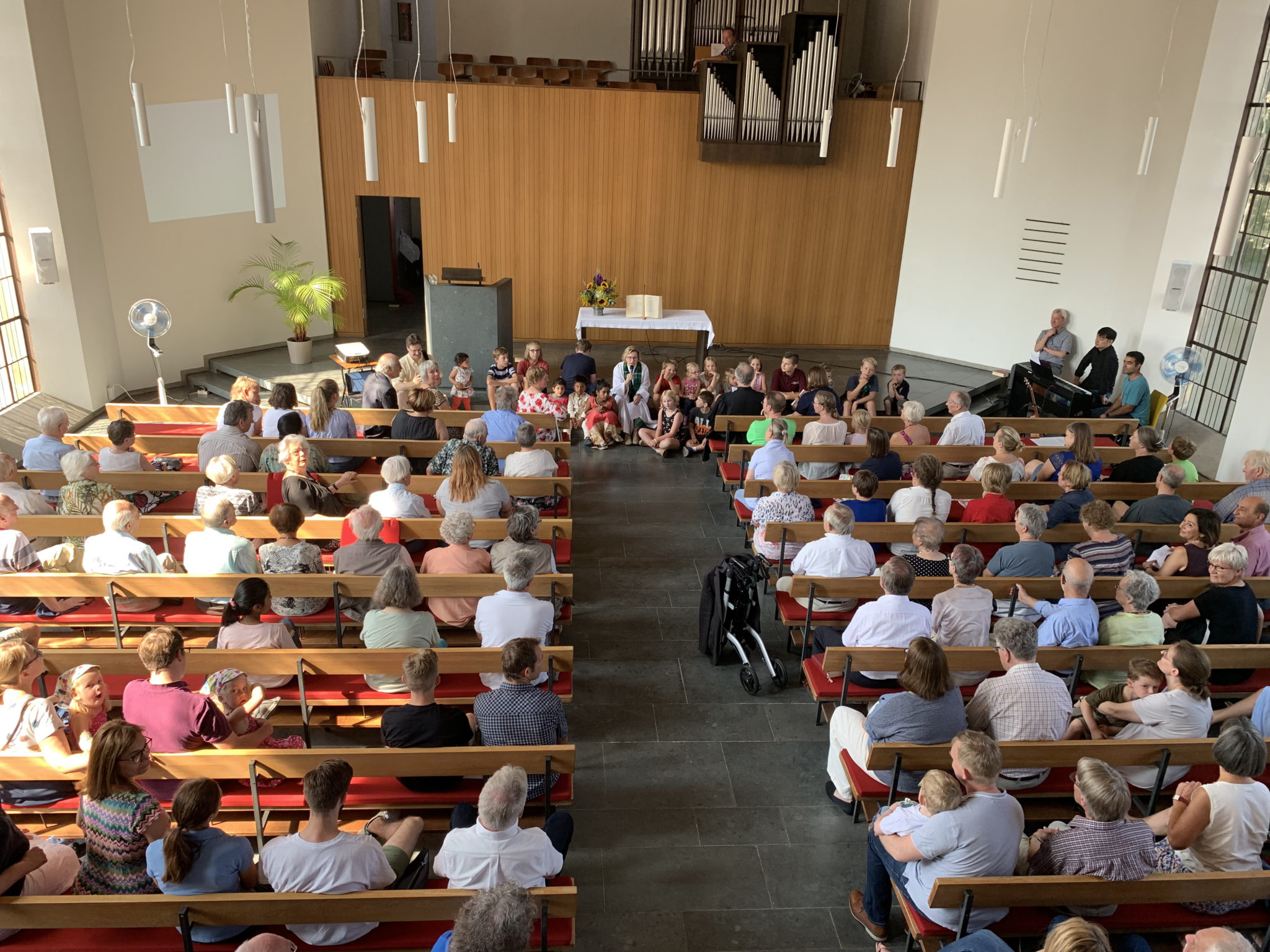 By Becky Getz and Gretchen Schoon TanisMarch 19, 2021No Comments

D uring Women’s History Month, we honor women who have been bold in mission, paving the way for future generations. We also celebrate the women of today who are faithfully living into their callings and allowing God to continue his story through them. Gretchen Schoon Tanis is one such woman, called to mission from a young age and now pastoring an English-language congregation in Hannover, Germany. In Q&A format, here are snapshots of her story, plus her thoughts on the global church and advice for crossing cultures.

What can you say about your calling to ministry?

Since I was a teenager, I always told people I wanted to be a missionary. I went on key mission trips while I was a teenager at Christ Memorial Church in Holland, Michigan. I was immersed in stories from missionaries in Chiapas, Mexico, and other places. As part of living into God’s call, I received Matthew 28:18-20 as my verses: go out into all the world. I considered I’d go to a specific country or people group. Now, it’s mind-blowing to me and life-giving to see that when God said, “Go into all the world,” God actually meant all the world in one room.

From a young age, I was open and willing to serve God. That landed me in the most unexpected place. Never in a million years when I embraced those verses did I think Germany was the place God would bring us to. If you’re up for an adventure, say yes to God. It leads you to the most unexpected places, which has always been the case for pastors, missionaries, and people in the Reformed Church in America. I’m just the next person to claim that truth.

What led you to become a church planter?

When my husband took a job with the World Communion of Reformed Churches (WCRC), someone said, “Great! Gretchen is ordained; she should plant a church here for WCRC staff and others.” And I was like, “No, thank you. That does not sound like it would be of interest to me.” Our kids were four and eight when we moved. None of us spoke any German. It seemed really overwhelming to me.

After seven or eight months of living here in Hannover and getting a sense of what church life was like for native English speakers, I talked to one of our friends from the German Reformed church here and said we had to do something because there weren’t great English-speaking options here in the city. I personally needed—and my kids needed—a good church congregation to be raised up with these stories of Christ.

Five-and-a-half years ago on Pentecost, we started the English language service in connection with the Reformed Church of Hannover. We call it RELISH: Reformed English Language International Service in Hannover.

We steadily have 30–50 people from all over the world—Australians, Indians, people from Syria—and all sorts of backgrounds: Orthodox, Catholic, mainline, charismatic. It’s amazing to see how God has transformed my “no, thank you” into something that’s truly beautiful. It’s a beautiful story of the global church in a place where, especially in Hannover, people don’t speak English quickly like they would in Berlin or larger cities. RELISH is a lifeline for people—to be able to gather and use the English language when they’re far from home and in a place where it’s not as easy to worship because of the tricky German language.

You mentioned the global church. Can you share more about what that looks like and means to you?

We met for first time on Pentecost, and I thought, “Here really is all the world in one place.” Having people from all these different cultures and Christian backgrounds is such a gift. This could be a snapshot of what heaven looks like with all the languages and the traditions. That makes potluck lunches after worship really fun.

I also think it’s tied to this trend of globalization. People are so much more mobile, and companies are operating in so many different countries around the world. It’s interesting to think of the modern or contemporary church life being adept at having the global church in one place, having people from all around the world.

What is the call of the church in these days when people gather in places of worship because of this globalization? I think our call as the church is to be adept at being versatile and speak the languages. Ask what’s happening in the church in India. What’s happening to Christians in China? What does persecution look like in Pakistan? You have people from all these different places who gather for worship from Sunday to Sunday, and you’re charged to pastor them in all these different contexts. It makes me really excited and adds this sense of really seeking God’s heart for people coming from all these different backgrounds.

With increased globalization, many of us are becoming more aware of and exposed to neighbors from different cultural backgrounds. What advice do you have for understanding other cultures and crossing cultures with grace?

It’s particularly challenging to realize that God moves and acts in a way that is above culture in some sense. Because I am American, I might perceive God or my understanding of Christianity from my American lens. God is above and beyond our cultural understanding. How can we as the global church have a comprehension or perspective that you understand God differently, or your relationship with Christ looks differently because you come from Germany or come from Portugal? What does it mean for Australia to celebrate Easter when it is autumn for them, or celebrate Christmas in the summer with barbecues? How do our cultural norms need to shift in order to have a better understanding of Christ above culture?

I always think a sense of curiosity and conversation is important. Create that sense of dialogue with people from around the world. Something I learned early on, in terms of people operating within global or international churches, is to preach Jesus. I try to stick with that declaration and understanding of Trinity from the Bible. It sounds a little bit cliché to preach the Bible, but I think taking steps toward that cautions me toward not preaching about the United States, politics, or issues at hand. Look at the Bible first and then take examples from different situations around the world. That helps keep me humble in listening to what God wants me to say with the global church. Having the conversation with the people in my congregation is important—what’s going on in India? Talk to me more about what the situation is. What are your Christmas traditions? Being in dialogue and conversation and being open to learning from their traditions and cultural context is helpful.

Being in conversation with your neighbor can be a great step toward sharing the gospel, which we call evangelism. What does that look like in your context?

Any way that Christians can share the life and love of Christ with those around them is evangelization—sharing the good news in any way possible. Helping people see a connection between the life they live on a daily basis in connection with our understanding of who God is in the person of the Jesus Christ and as experienced through the power of the Holy Spirit. That looks unique no matter where you are in the world.

Germany itself as a culture has a real difficulty with evangelization because of the Nazi connection in World War II. Because the mainline church embraced the Third Reich and was an arm of the Nazi movement, since the end of World War II, the church has been very reserved in terms of traditional evangelization of people. They won’t necessarily do any street evangelization, or set up booths, or look like they’re trying to change people’s lives because of that tenuous relationship they have with the Nazi regime. That sets the tone for church and Christian life in general here in Germany, and particularly for our international congregation of RELISH.

And then there’s the language gap, which makes evangelization tricky. We’re not necessarily reaching out to the German population, but we’re reaching out to the international population here in Hannover. For RELISH, outreach is more focused on that global community than a native German community because of those two reasons: the difficult position with evangelization because of World War II and because of the language barrier between a lot of us and a native German population.

Although the Christian church doesn’t necessarily think they evangelize in terms of those words, I actually think they have done an amazing job of welcoming people and making space for people outside of Germany. Beginning about three years ago, when refugees from Syria started coming, there was a movement of the church to gather clothes, to teach the refugees German, to get them bikes and teach them to ride the bikes, and to help them settle in the country. Christians did a fantastic job of evangelizing through the actions they took.

For RELISH, evangelism can mean having an extended period of coffee time after church and allowing space for fellowship. This could be one of the only places where people can speak in English in a fluent manner and share the ebb and flow of ex-pat living in a safe space. That’s one way we can provide space for welcoming people in our context.

I continue to be super grateful and thankful to God for leading me to a place where my wildest dreams could be fulfilled right there in front of my face, even though my initial response was “no way.” My advice is to just let it play out in the ways and the timing that God has intended. I hope that people, no matter where they are in the world, can continue to say yes to God and follow where Jesus leads.

Becky Getz is a writer and editor for the Reformed Church in America's communication team. 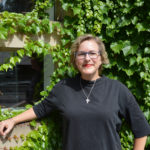 Gretchen Schoon Tanis is pastor of RELISH, an English-language church plant in Hannover, Germany. She is ordained in the Reformed Church in America and serves as an RCA Global Mission partner. Learn more about her work or support the ministry at www.rca.org/schoontanis. 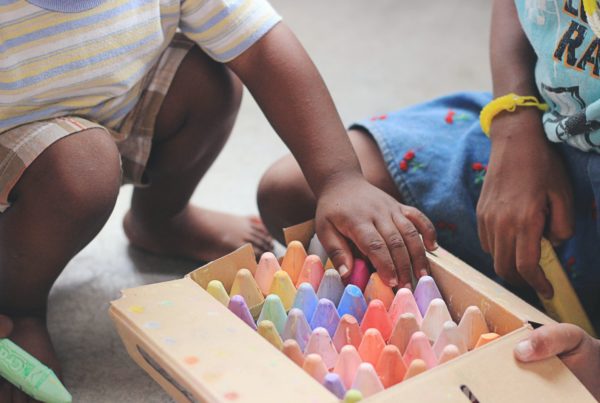 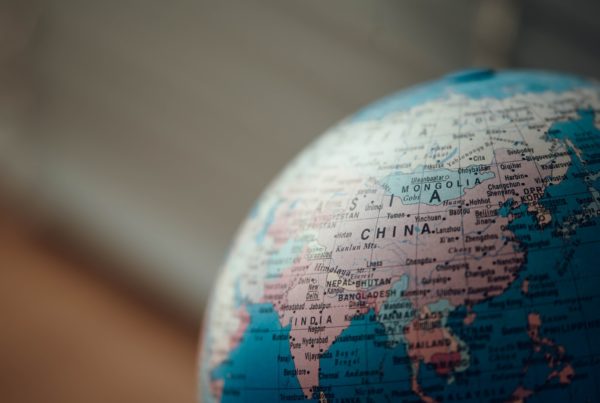 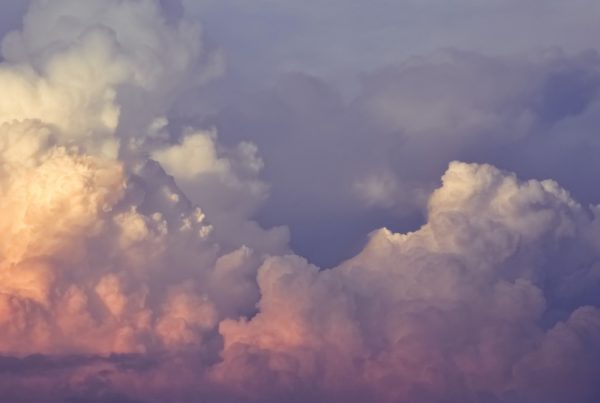