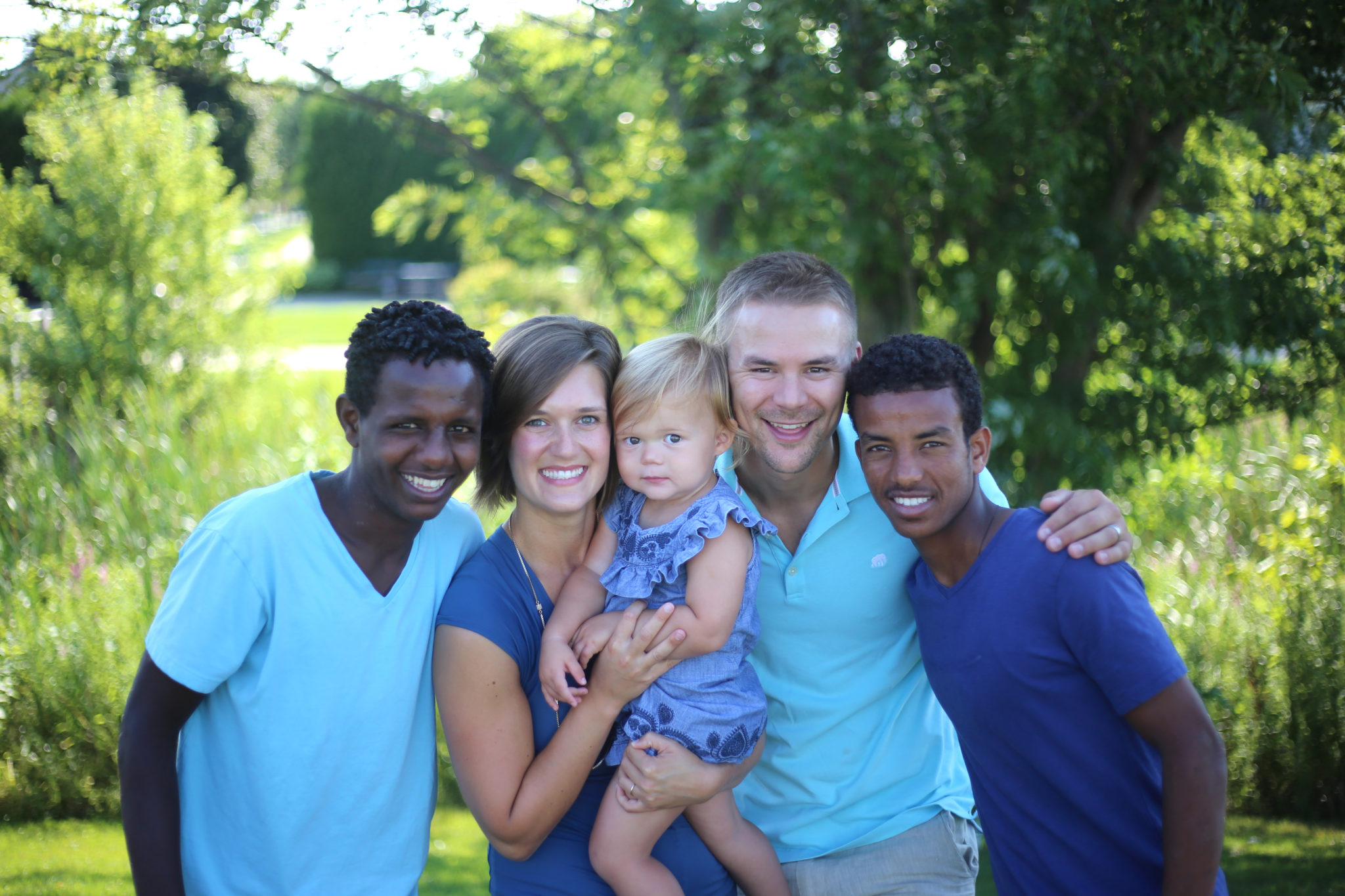 Three years ago, in a refugee camp in Ethiopia, a young man of about 15 was celebrating his acceptance into the United States refugee foster care program.

His name was Shewit, and he was from Eritrea, a nation about the size of Pennsylvania that neighbors Ethiopia. Under Eritrean dictator Isaias Afewerki, freedoms are restricted, educational opportunities are limited, and for many young boys, joining the army is the only option. So when he was about ten, Shewit [sheh-WEET] fled Eritrea for Ethiopia, leaving his family behind.

Now he was preparing to leave again, this time on a plane to Grand Rapids, Michigan, where Bethany Christian Services was awaiting his arrival, intending to place him with a foster family.

The power of listening prayer

For them, this process had begun six months earlier, when “Brent and I started doing something crazy,” Caitlin says. “We started reading our Bibles every day.” They also began reading God Guides. Written by Mary Geegh, an RCA missionary in India from 1924 to 1962, God Guides shares how listening prayer transformed her ministry. Inspired, the Boersmas began to practice it, too.

As they practiced listening prayer and read their Bibles, the word “refugee” was planted on their hearts. So when Caitlin heard a Bethany Christian Services commercial on the radio about the need for refugee foster care parents, she says “my gut just dropped. I said to myself, ‘I think that’s it.’”

Related: How to Use Listening Prayer to Hear God More Clearly

After an overwhelming orientation meeting at Bethany, the Boersmas almost put refugee foster care on hold—at least until their one-year-old daughter, Vienna, was older. But then Caitlin had a vision of a community focused on being family to the family-less; days later, another couple involved in refugee foster care shared a similar vision with the Boersmas.

They decided to fill out that refugee foster care application after all.

Then, the day before they handed it in, Caitlin read a verse in Isaiah 55 that gave her “Holy Spirit goosebumps”: “Nations you do not know will come running to you” (v. 5, NIV).

She texted Brent, “I think Isaiah 55 is a promise for us.”

Just 15 minutes after Brent dropped off their application the next day, Bethany called. Would they offer a home to a refugee from Eritrea? It was a nation the Boersmas had never heard of. Now, just as Isaiah 55 promised, this unknown nation was sprinting toward them.

A few months later, they welcomed Shewit into their home.

Connecting across language and culture

When Shewit moved in, he didn’t know English; they didn’t know Tigrinya, his native language, either. They resorted to using an online Tigrinya-English dictionary, making big gestures, and drawing pictures.

“We had a piece of paper with all different faces,” says Caitlin, “so that we could ask him, ‘Are you feeling this?’”

There were cultural differences, too. In Eritrea, it’s rude to say yes if people ask whether you’re hungry. Because Shewit always said he wasn’t, the Boersmas thought he didn’t have much of an appetite. The foods were different—Shewit had never had milk before. School days were longer and more demanding.

Despite the communication difficulties, Shewit and the Boersmas found ways to connect. Shewit didn’t know much English, but he knew numbers, so they played the card game War. They listened to music together. They played with Vienna. And by January, just three months after Shewit moved in, things were going well enough that Caitlin and Brent felt ready to welcome a second young man.

Becoming a family of five

Within 48 hours of agreeing to welcome another foster child, the Boersmas got an email from Bethany about Efrem.

Efrem [EF-rehm] lived in the same refugee camp Shewit had come from. They knew each other and were around the same age. When the Boersmas asked Shewit what he thought about Efrem joining the family, he was excited. So with his approval, they became a family of five. [Editor’s note: Shortly before this story went to print, the Boersmas welcomed a third refugee foster son into their family.]

“It was cool because Shewit really didn’t speak English until Efrem came,” says Caitlin. “It was almost like Shewit stepped up and said, ‘Well, I have to teach Efrem. I’ve got to help him because there was no one here to help me.’”

“Our famous line is, ‘We do toddlers and teenagers,’” Brent says. Vienna’s presence helped with English-language learning because the Boersmas were already speaking in more simple sentences.

“Children are the international love language,” says Caitlin. “It’s a lot harder for a teenager and an adult to really form this great connection, but connecting with a child, who runs to you and gives you hugs and says I love you—she’s a big bridge builder.”

Trusting God beyond their comfort zone

Caitlin and Brent have also grown in their relationship with God as refugee foster care parents.

“It’s caused us to rely on God in a different way,” says Brent. “There’s this huge refugee crisis taking place, and it feels like, ‘Where do you even begin?’ But when you break it down and think, ‘Well, maybe we can just do one,’ leaning into that pushed us big time. I think we’ve tried to let go of some of the cultural expectations to live as comfortably and happily as you possibly can.”

One step out of the Boersmas’ comfort zone: visiting an Eritrean Eastern Orthodox Church—the denomination Efrem and Shewit grew up in.

“That was really eye opening to me, realizing how big our God is, how beautiful the body of Christ is, and just how diverse we are in how we worship God,” Caitlin says.

In the church they visited, everyone took off their shoes, women wore scarves over their heads, men and women sat on separate sides, and the service lasted six hours. Normally, the Boersmas were members at New Community Fourth Reformed Church in Holland, Michigan. But visiting the Eritrean church helped them appreciate the adjustment life in America has involved for Efrem and Shewit.

Adjusting to life in the U.S.

“When I compare here and Eritrea, it’s kind of sky and ground,” says Shewit.

The busyness of American life has been especially hard. Each day, Shewit and Efrem go to school, have homework help after school, and then go home and study some more. It’s a big change from being able to take a walk or play soccer whenever they wanted.

They have already started to plan their career paths. Efrem wants to become a mechanic. Shewit, a teacher. One day, Shewit hopes that he can go back to Eritrea and help others get the education they need.

“These boys have other friends who are still in the refugee camp and need homes,” says Brent. “There’s people worldwide that need a loving family.”

The advice they give families who are considering refugee foster care: go one step at a time.

“Go to one orientation. Meet with one family and hear their story. Become licensed and see what happens. There’s opportunities to do respite care, so people can open up their home for a weekend or a couple weeks,” says Caitlin. “Even if it’s baby steps, just learn more and more and let God lead the way. Because if you’re not supposed to be refugee foster care parents, God won’t let you.”

But as the Boersmas discovered, God may surprise you.

“We’re in 900 square feet, and we have five of us. We’ve talked about welcoming more here,” Caitlin says. “It’s just funny how God can change you. When you are weak, in God you can be made strong.”

This article originally appeared in the spring 2017 issue of RCA Today magazine. 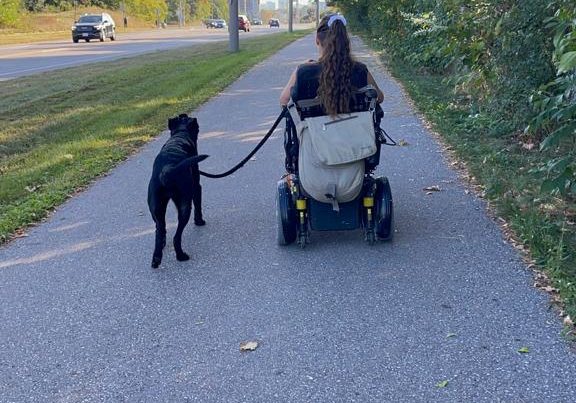 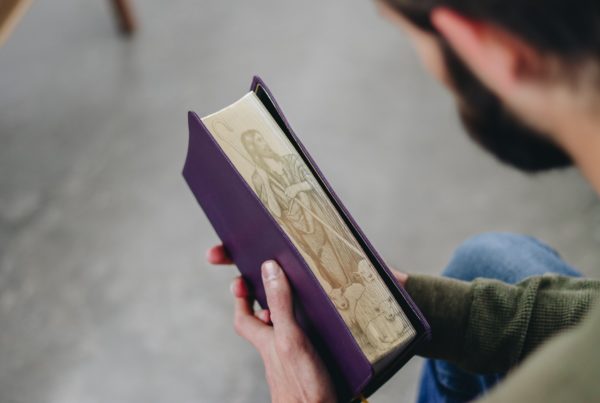