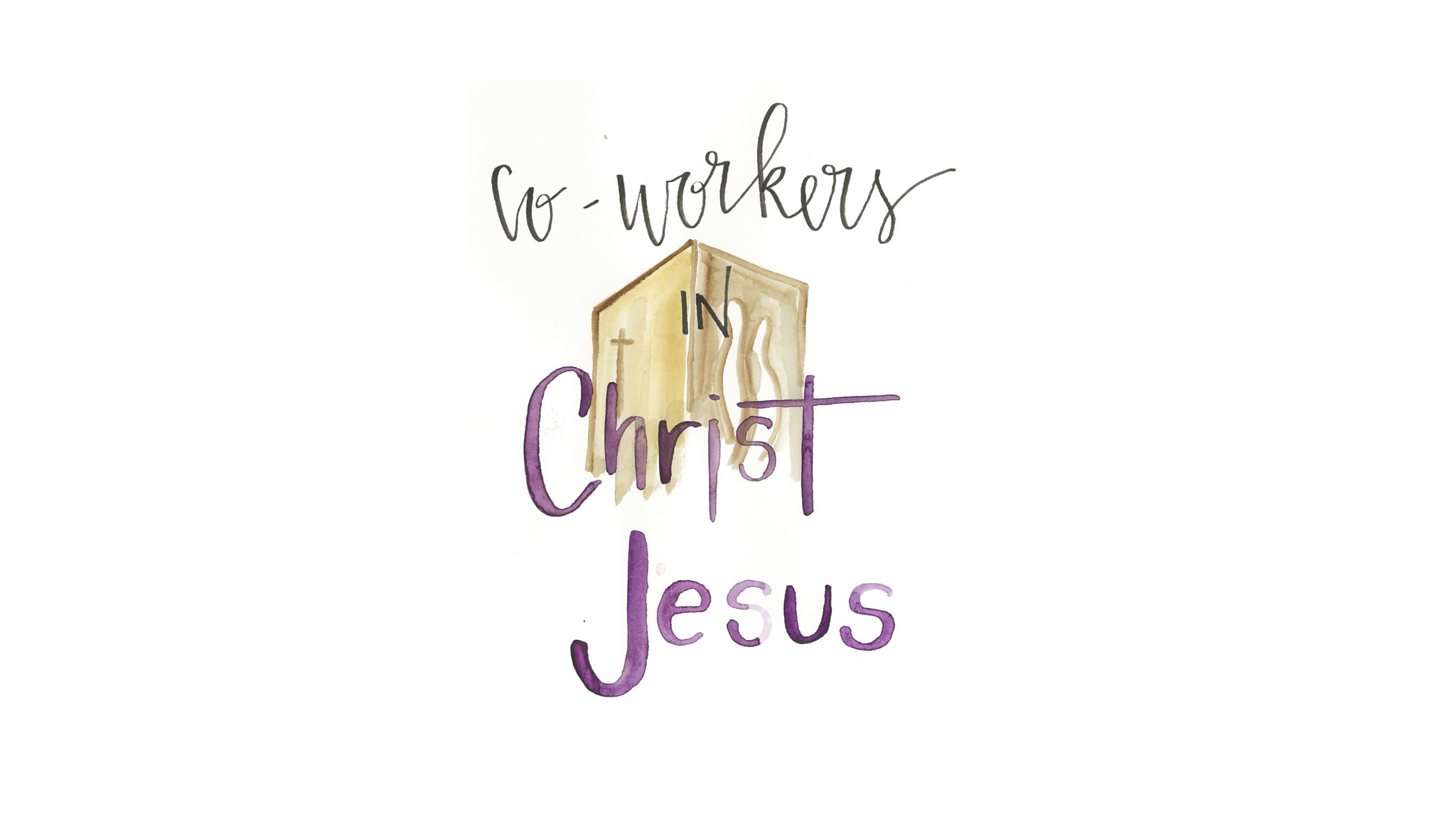 Priscilla and Aquila, friends of Paul and mentors to Apollos, demonstrate the daring and beautiful possibilities of men and women working together for the flourishing of the kingdom. In this Bible study, we’ll explore their team ministry in Acts 18.

Triune God, Jesus prayed that we would be one—in him and as a body. As we study the team ministry of Priscilla and Aquila, unite us in purpose as we seek to show your love to the world. Amen.

“Greet Prisca and Aquila, who work with me in Christ Jesus.” –Romans 16:3

Introduction to Aquila and Priscilla in the Bible

History and fiction are replete with stories of dynamic duos. Cleopatra and Mark Antony. Romeo and Juliet. Sonny and Cher. Mr. Incredible and Elastigirl. These powerful pairs united their individual gifts and abilities to accomplish incredible things.

Priscilla and Aquila were tentmakers native to Rome. After the persecution of the Jewish people under the Emperor Claudius, they made their way to Greece, where they encountered the Apostle Paul and tutored the dynamic evangelist Apollos. Their impact on these Christian leaders – and the bravery they demonstrated within the early church—became legendary, and Priscilla and Aquila are referenced in four different New Testament books.

Priscilla and Aquila are a fascinating study in men and women working together for the good of the church and the cause of the kingdom.

In certain biblical references, Priscilla is called by the more formal name “Prisca.” That the writers felt comfortable at other points to use her nickname (think Robert/Bobby) suggests to me that Priscilla is a warm-hearted, gracious woman who doesn’t take herself too seriously. So I’ll continue to refer to her by that name. (Secondary motivation: “Priscilla and Aquila” sound like a fantastic couple from a Dr. Seuss book: Priscilla and Aquila and their vanilla gorilla like to drink sarsaparilla on their way to Manila. Sorry, I’ll stop.)

Priscilla and her husband appear first in Acts 18. They have come to the Greek city of Corinth as refugees from the racist purge of Rome by the Emperor Claudius. But this anti-Semitic terror did not quash their spirit, and the couple resourcefully set up a tentmaking shop in Greece.

It was there that they first encountered the Apostle Paul. Paul would later note that he came to Corinth “in weakness, fear, and trembling” (1 Corinthians 2:3). But Priscilla and Aquila welcomed him into their workplace, providing him with meaningful employment that facilitated his missionary activities.

After “some time” in Corinth, Paul determined to return to Syria. Priscilla and Aquila, committed to the early Christian ministry, accompanied Paul across the Aegean Sea to Ephesus, where their ministry continued. Acts 18:24 notes that it was in Ephesus that they met the Egyptian evangelist named Apollos. While Apollos was “a learned man” who spoke “accurately” and “with great fervor,” his knowledge of the way of God was incomplete (18:24). Recognizing the opportunity to invest in this young leader, Priscilla and Aquila invited him into their home and provided deeper instruction.

Acts’ narrative on Priscilla and her husband goes dark after this, but there is good indication that the couple remained active in their support of the early church. In his catalog of greetings to the Roman church (Romans 16), Paul sends his regards to Priscilla and Aquila. Some time after they had been expelled from the capital city, it appears they have returned!

We don’t know what this great act of bravery was, but it was sufficient to have impacted Paul long after the fact. Did they smuggle him out? Did they publicly defend him? Did they borrow a great deal of money to facilitate his work? The details are unclear, but the importance was not.

Priscilla and Aquila make two more appearances in the New Testament: 1 Corinthians 16:19, where they are with Paul, and again in 2 Timothy 4:19, where the author’s last testament is not complete without a final word of loving correspondence with the couple, who have evidently returned to Ephesus.

The story of Priscilla and Aquila holds out a cache of important truths. At the surface, it demonstrates the added value of men and women partnering over the long term for the cause of Christ.

But there are more specific elements that intersect with our realities. First, it is clear from their wide travels that Priscilla and Aquila recognized their citizenship was in heaven (Philippians 3:20). They were at home in Rome, Corinth, Ephesus, and anywhere else that their mission called them. Their work calls to mind the second-century Epistle to Diognetus, where it is said of Christians:

They live in their own countries, but only as nonresidents; they participate in everything as citizens, and endure everything as foreigners. Every foreign country is their fatherland, and every fatherland is foreign.[1]

In our increasingly transient society—and in an era with ongoing cultural change—it remains essential to keep our spiritual bearings. We are members of Christ and citizens of his kingdom first.

Secondly, Priscilla and Aquila’s lives point out the importance of true Christian hospitality. When Paul arrived in their community, they gathered in a worn-out traveler. They provided shelter, company, and income for him, advancing his missionary ventures. In Ephesus, they followed the same template with Apollos, perhaps sharing what they had learned from Paul to strengthen the witness of this remarkable young preacher. Their table and living room became sources of encouragement and instruction for those who would teach the church at large. To what extent do we see our hospitality as a means of kingdom growth?

Lastly, Priscilla and Aquila’s story is one of risk and obedience. Again, we are unclear about the details of their courageous act on Paul’s behalf, but we know that it was a meaningful and potentially costly deed. When the moment arose, Priscilla and Aquila were willing to bear their throats to the blade for the sake of their friend and the cause of Christ.

Priscilla and Aquila are therefore great models for all men and women called to acts of courage. Adversities, inequities, and enemies will inevitably appear, and brothers and sisters in Jesus cannot recoil in the tough times. Like Priscilla and Aquila, they must be prepared to risk greatly for the ultimate good.

In Romans 16:3, Paul says “Not only I, but all of the churches of the Gentiles are grateful for [Priscilla and Aquila].” Their lives were testimonies of God’s faithfulness to the refugee, the worker, the obedient, and the wise. And around the Mediterranean, their work was recognized.

Perhaps “all the churches of the Gentiles” should be expanded to include the churches of London, Shanghai, and New York. Perhaps all of us owe a debt to the earnest work of Priscilla and Aquila.

I just wonder if, whenever he sat down to write 2 Corinthians, Paul might also have been thinking about Priscilla and Aquila. Perhaps he was reflecting on the good old days around the tentmaking table. Maybe in the sewing, the cutting, the praying and the planning, he found a bit of perspective on his life:

“For we know that if the earthly tent we live in is destroyed, we have a building from God, an eternal house in heaven, not built by human hands. For while we are in this tent, we groan and are burdened, because we do not wish to be unclothed but to be clothed instead with our heavenly dwelling, so that what is mortal may be swallowed up by life” (2 Corinthians 5:3-4).

See, when you are a tentmaker, always patching holes, always repairing tears, always setting up and taking down, you long for something more. You long to see people in crisis be rescued. Your heart burns for the next generation of believers. You look to a heavenly home and know that your life is always in Christ. You can see that someday, what you have stitched and sewn, where you have invested, and the stakes you have sunk—as fleeting as they seem now—will matter forever.

And that is worth giving whatever it takes.

Rev. Tim Breen is the lead pastor of the First Reformed Church in Orange City, Iowa. He has served as a member of the Women’s Transformation and Leadership Guiding Coalition, and he blogs at www.telosblog.com.